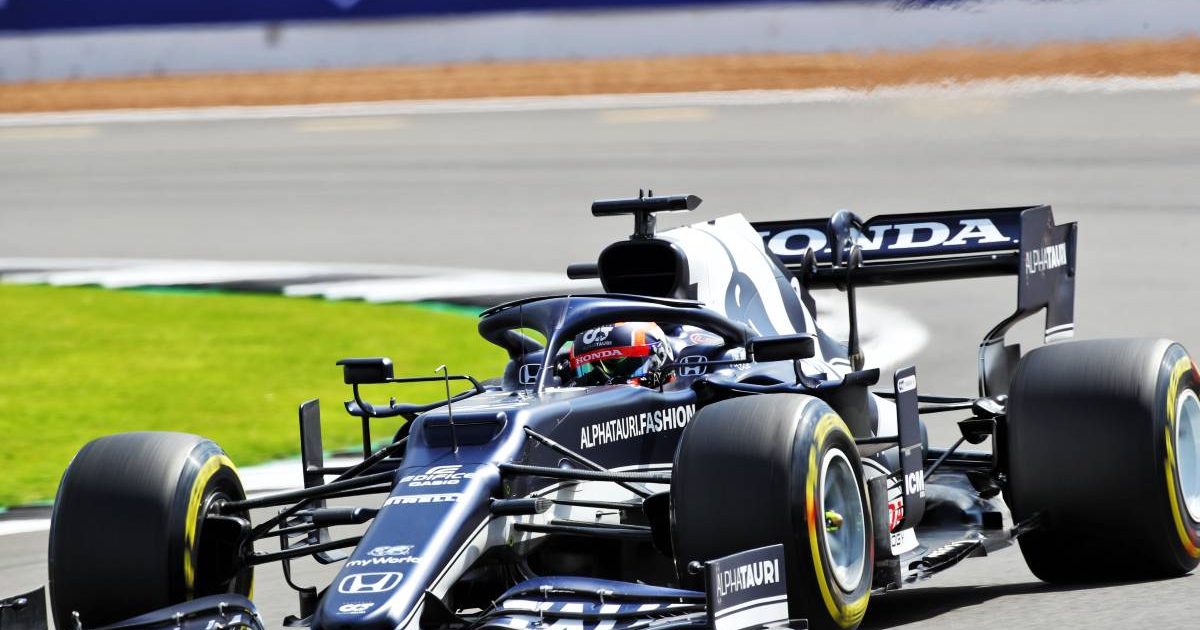 Yuki Tsunoda said an untimely trip to the weighbridge had contributed to his latest F1 qualifying disappointment at the British Grand Prix.

The Japanese rookie has been finding life tough on Saturdays since being brought into the AlphaTauri team this season – and can now add a Friday evening to that.

Qualifying was brought forward due to the new format being trialled at Silverstone, which will see the grid for Sunday’s main event determined by the result of a 17-lap sprint ‘race’ on Saturday afternoon.

For that, which has been named ‘sprint qualifying’, Tsunoda will line up 16th on the grid having been among the five Q1 fall guys who were unable to improve their best time in the familiar scramble up the leaderboard after the chequered flag had fallen.

Tsunoda suggested it had been a typical Q1 session, with a busy circuit and drivers backing up in the last few corners before starting their flying laps, but also stated that losing time when called to the weighbridge had been less than helpful.

not our Friday at Silverstone 🇬🇧 but we get another chance tomorrow in the first-ever Sprint Qualifying Race 👊 pic.twitter.com/27z5rckKmv

“Yeah, I think the weighbridge f*cked everything,” said the 21-year-old, whose colourful language has been a feature of his debut year at motorsport’s highest level.

“The end was really tight and I couldn’t do much, a proper cooldown lap, and also the last corners, a lot of cars waiting.

“I lost three tenths already in sector one and the main straight. I almost regained the three tenths through the lap – it’s just a shame.

“There was no perfect lap due to the traffic. It feels like I’ve got to start now but it’s already finished in Q1.

It was a session to forget for AlphaTauri in general as Tsunoda’s team-mate Pierre Gasly described it as his “worst qualifying of the year”, ending up in P12.

Asked if he felt he should have been in Q3, the Frenchman said: “Unfortunately, no. Since FP1 we really struggled with the car balance a lot more than usual and made some changes in qualy, but it was just not enough.

“Even though I was really happy with my lap I knew it wasn’t going to be enough. We are slow on the straight and struggling in the corners as well, so we need to analyse a bit more.”

On his prospects for sprint qualifying, Gasly added: “I think it will be hard. We can’t touch the car anymore, we have only FP2 to understand the tyres a bit better, so it won’t be easy but we will fight as always. It’s a different format and anything can happen.”