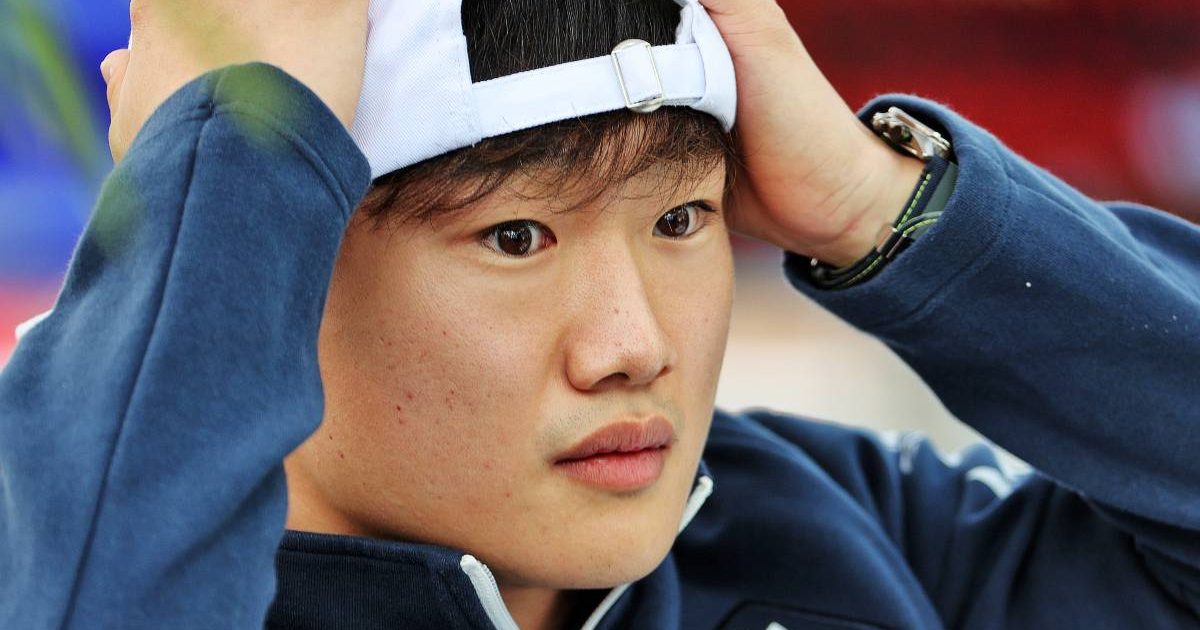 A defiant Yuki Tsunoda has insisted he “didn’t mess up” Sergio Perez’s qualifying in Mexico – but is “worried” about the reaction from Red Bull.

Tsunoda had not been expected to play a prominent role in qualifying for the Mexican Grand Prix because, along with three other drivers, he was facing an engine penalty that would put him at the back of the grid.

But with the counter-strategy of using soft tyres in Q2 he set the third fastest time to advance to the top-10 shootout, AlphaTauri having the idea that the Japanese driver could give a tow to his team-mate, Pierre Gasly – who will start the race fifth.

However, on their final runs it was the other two Red Bull-owned cars, those of Sergio Perez and Max Verstappen, that were following Tsunoda on track as he coasted back to the pits on a slow-down lap.

During the fast sequence of corners, the 21-year-old ran wide off the circuit to get out of Perez’s way, but only succeeded in distracting the Mexican who followed suit, in turn hampering Verstappen who backed off thinking the yellow flags would be waved.

World Championship leader Verstappen and Perez, who had high hopes of a front-row lockout for Red Bull, will instead start third and fourth behind Mercedes duo Valtteri Bottas and Lewis Hamilton in what could be a significant twist in the title race.

a great day on track for the team 😎 plenty to play for tomorrow 👊 pic.twitter.com/4AxaCI94Dm

Red Bull team principal Christian Horner said afterwards “I think we got Tsunoda-ed”, adding: “I don’t understand why he was just cruising around at that part of the circuit. It’s disappointing because it affected both the drivers. They are both pretty annoyed.”

But Tsunoda, quoted by The Race, said he “didn’t mess up” Perez’s lap, instead that “he just made a mistake by himself”.

And he was also unaware he may have impeded Verstappen, adding: “I went outside [the track] and I couldn’t do anything more. Where should I go?”

“I heard a countdown [of the gap to Perez] but I was into sector two. I had one more chance [to get out of the way]. I don’t know what they expected me to do.”

Tsunoda even asked the media he was speaking with: “Do you think I did the wrong thing?”

He added: “I’m a bit worried now because I’ll have to discuss it with Red Bull whether I did anything wrong.”

In an interview with Formula 1, Tsunoda, who will start 17th, said: “Q2, Q3, I just have to sacrifice my performance. I’m really happy to help the team, happy for today’s job. I think the pace is there [to score points], so we’ll see tomorrow.”