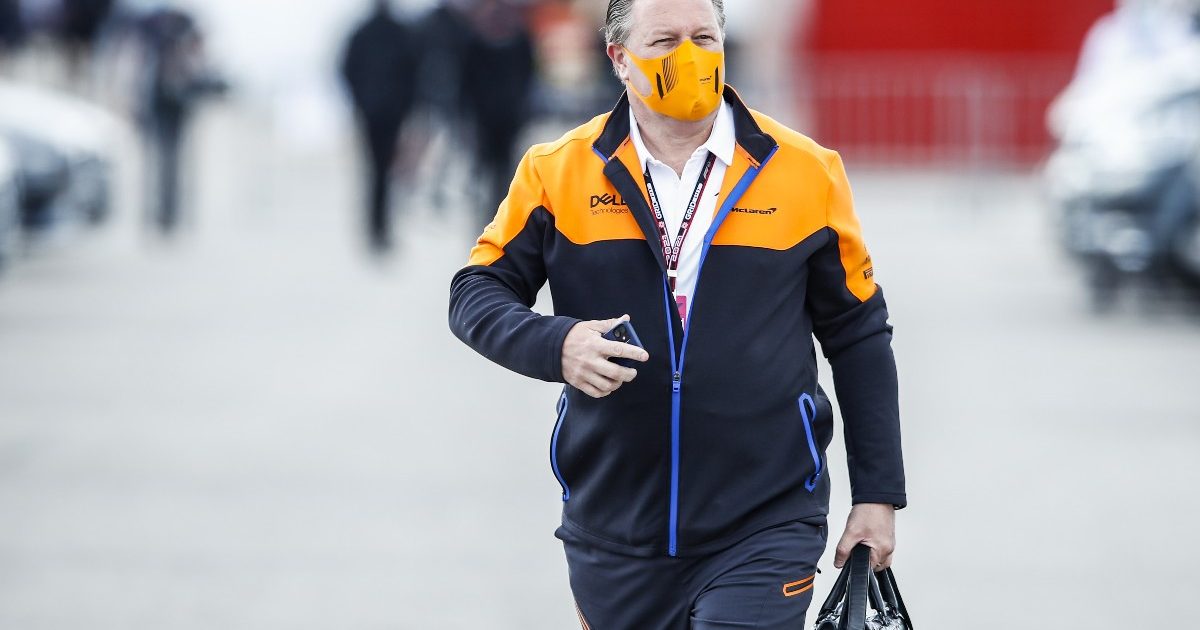 Zak Brown has shown off his huge historic car collection, which features plenty of classics from the world of Formula 1.

The McLaren CEO has often spoken about the huge number of classic racing cars he owns – he was even set to drive one, the Lotus 79, at the British Grand Prix before he tested for COVID-19 and therefore could not.

That is only one of many iconic F1 cars from the sport’s history he is able to call his own, and he has now shown them all off for us to see.

In a video on the Kidd in a Sweet Shop Youtube channel, the American gave a tour of the United Autosports garage where he keeps all the vehicles he has acquired over the years.

The F1 cars on display were Jody Scheckter’s car from 1977,  Mario Andretti’s aforementioned Lotus, Ayrton Senna’s 1991 McLaren and Mika Hakkinen’s from 2001. He also has one of Senna’s karts.

Brown’s collection has a lot to do with which drivers he idolises most, with the Brazilian, Hakkinen and Andretti being three of his five favourites along with Emerson Fittipaldi and Nigel Mansell.

He also only buys cars that won races while they were competing, and that rule applies to both the F1 machinery he has as well as the cars from all other categories.

Aside from F1, IndyCar is the one he is perhaps most interested in, and he takes a lot of pleasure in the fact McLaren are competing and doing well in both, and is pleased with the team’s drivers – Lando Norris, Daniel Ricciardo, Pato O’Ward and Felix Rosenqvist – in both.

Brown’s and McLaren’s involvement in IndyCar will increase following the announcement they will be taking on an increased 75% stake in IndyCar team Arrow McLaren SP at the end of 2021.