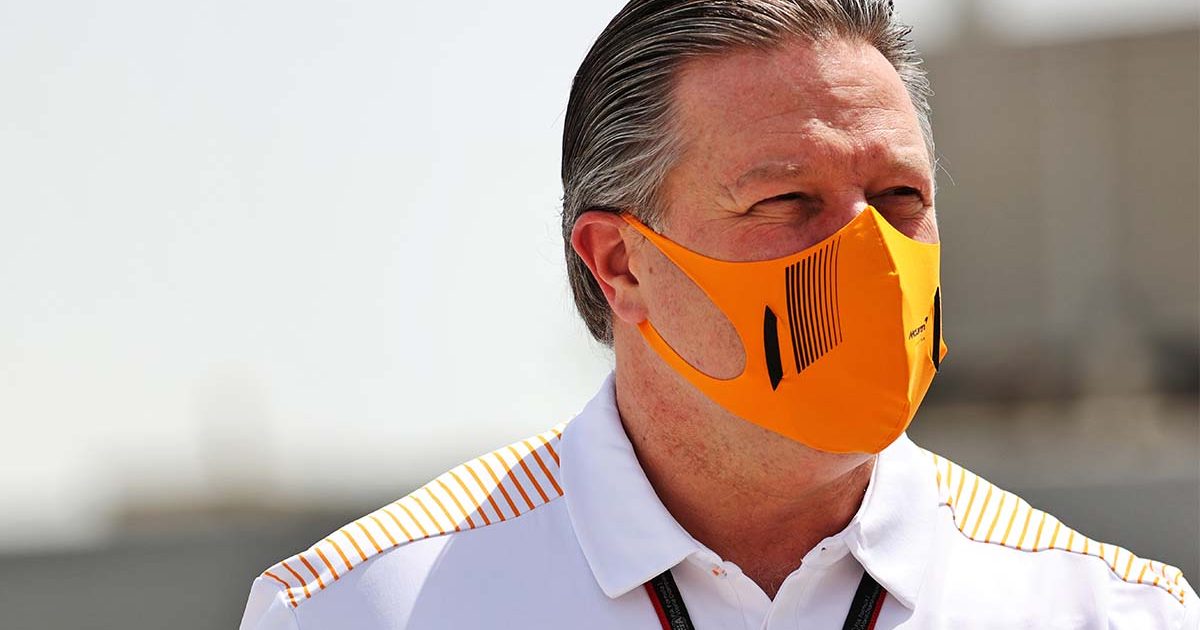 McLaren CEO Zak Brown would love to see IndyCar drivers get a chance at F1 in the future, and wants more to be done to help that happen.

A driver moving from an American series to Formula 1 is a rare thing, with Sebastian Bourdais being the last man to do so back in 2008.

With the sport keen to grow its audience in the States though, there have been more and more calls for it to happen again in the near future.

If a driver was to do so, it would most likely be one from IndyCar, and Zak Brown is keen to see it happen, but thinks that right now, there isn’t enough practice time for them.

“I think that now we have such limited testing that it’s very difficult to take a risk with bringing on a driver that you think could have the calibre to be a Formula 1 driver, but doesn’t have the time or track knowledge,” he said as per motorsportweek.com.

“I think IndyCar is recognised as one of the best championships in the world, and so when you see a talent like Colton Herta, Pato O’Ward who drives for us in IndyCar, I’d love to see those drivers get a shot to compete in Formula 1. But I think we need to give them more seat time.”

A deal’s a deal @patriciooward – what a win! See you in Abu Dhabi later this year! https://t.co/njw2soyZFR

Brown is doing his part to try and get an IndyCar driver involved, saying he will follow through on his promise to give O’Ward the chance to test an F1 car at the end of the season if he won a race after the Mexican did so.

Going forward, he wants to see the first practice session of each race weekend used solely as one where teams have to run a young driver.

He feels that this would help get young IndyCar drivers into the sport.

He added: “One of the things I would like to see – and I don’t have a set number in mind, I don’t know if it’s three times a year, maybe it’s five times a year – is mandatory FP1 where you have to put in a young driver.

“If we could get someone like Colton or Pato some testing time, some FP1s then I think you could better take decisions which would create new opportunities.

“And it’s not just in the North American marketplace, but IndyCar obviously breeds extremely good racing drivers, and I think that creates excitement, it would help with the US market and the young driver market.”