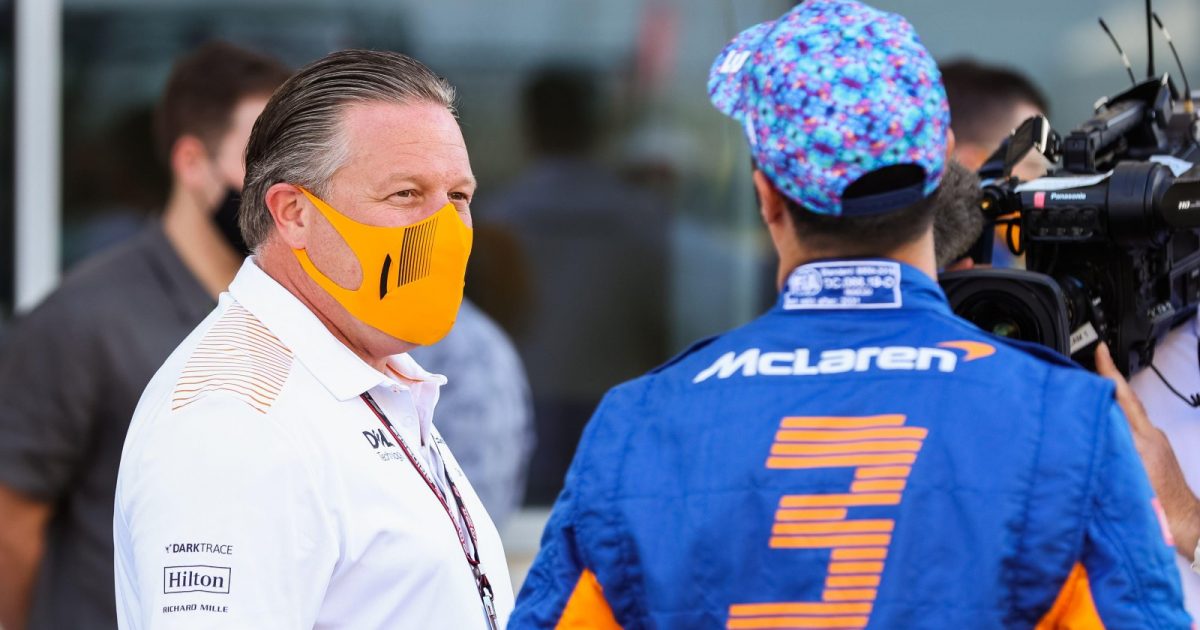 Zak Brown has said he “just gave an honest answer” after appearing to criticise his own driver Daniel Ricciardo last month.

Life at McLaren has not been smooth sailing for Ricciardo. While his time there has been punctuated by periods of success, such as last year’s win in Monza, the overall story has been one of disappointment.

With a contract set to run until the end of next year, rumours about his impending exit were likely exaggerated but they were not helped by McLaren CEO Brown, who unlike the rest of the team rallied around the Australian, admitted Ricciardo had “not met our expectations.”

The comments, which were a surprise to many, appeared to not have overly affected Ricciardo who said his skin was “tanned, beautiful and also thick” before confirming the two had cleared the air.

Since the Brown admission, Ricciardo’s form has picked up with an eighth place in Baku and a P11 last time out in Canada. Now Brown has said he “just gave an honest answer” when the question of Ricciardo was put to him.

“They asked the question and I just gave an honest answer,” Brown said. “I think Daniel has said the same thing. We’re here to try and get towards the front.”

“We’ve got a great relationship, and I just gave an honest answer to a question of how things are going, and things could be going better.

“Daniel has shown, like he did in Monza last year, when we give him a car that suits his driving style and has pace that he’s going to go out and lead laps and win a race.

“I think we need to have a car that’s a little bit more performant and user friendly, and he’ll get the job done.”

Team boss Andreas Seidl apologised at the weekend for the package given to both Ricciardo and Lando Norris and Brown also said he did not think the team was giving their drivers a car to show their best.

“We’ve had some awesome weekends like Monza [in 2021], and then some disappointing weekends, and coming back to our car, I don’t think we’re giving our drivers a car that’s capable of being at the front on a regular basis.

“We’re going to work hard and make sure that they do in the future.”

McLaren as a team are P4 in the Constructors’ Championship while Ricciardo is P8 and Norris is P6.