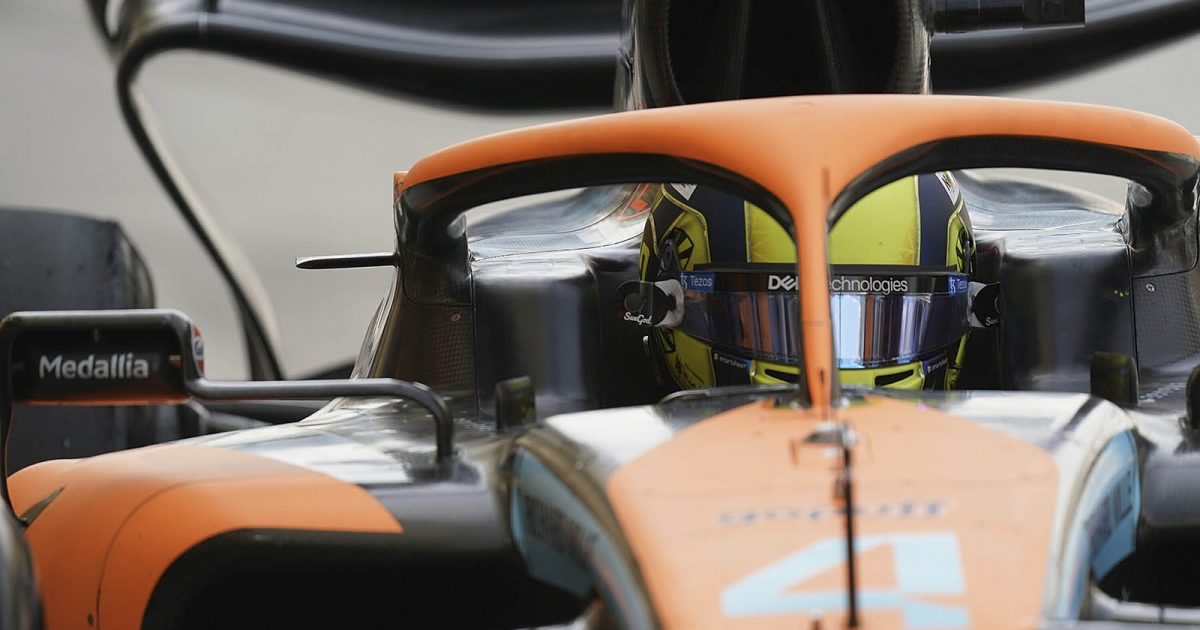 McLaren CEO Zak Brown has heaped praise on Lando Norris, to the degree where has drawn parallels in his driving with Lewis Hamilton’s approach.

Norris could arguably lay claim to being the driver of the season in 2021, behind the two title contenders in Hamilton and Max Verstappen, such was the quality of his performances through the year.

He only finished outside the top five once in the first 10 races of the season, and claimed four podiums as a reward for his efforts at McLaren – comfortably out-performing team-mate Daniel Ricciardo for much of the year.

The young Briton received praise from Hamilton himself when they raced against each other in Austria earlier in the season, to the surprise of Norris – who admitted he would not praise another driver in public over team radio.

A total of 32 drivers have scored a podium for @McLarenF1 in #F1 history.

Here's your chance to try and name them all 👇https://t.co/DFyTlEx8CZ pic.twitter.com/wa0qtfyLoS

Norris has since earned a new long-term contract at McLaren as a result of his 2021 performances, and his team boss believes he would be ready to challenge for a title, if he is in a position to do so in the coming years.

But with his balanced driving style and seemingly unfazed nature during combat, Brown sees comparisons to the seven-time World Champion in the 22-year-old.

“I always thought he’s a World Champion in the making,” Brown told Standard Sport. “He’s as fast as anyone and he rarely makes mistakes. He doesn’t make big mistakes.

“Take Lewis, he is extremely smart. Look at how Lewis raced in Saudi. That was such a highly intelligent drive, forget about the speed.

“He avoided three or four accidents with a damaged car. That was his experience and intelligence, and not getting emotional in the race car.

“He just seems to drive with a plan and a mission. Lando does the same thing. I’ve never seen Lando emotional in a race car.”

Brown previously encouraged Norris to “get his elbows out” in close-quarters racing in his earlier days in Formula 1, and he is pleased to have seen him heed his words.

“But he does it the right way,” Brown added. “There are some drivers out there who tend to get over the limit when they are pushing and you haven’t really seen Lando do anything silly.”

Norris took P6 in last season’s Drivers’ Championship, having been leapfrogged for fifth by former team-mate Carlos Sainz in Abu Dhabi, and the Briton admitted that his team are currently in a good place for the season ahead, but “not amazing” for now.