Home News ‘McLaren could finish P5 yet closer to Mercedes’ 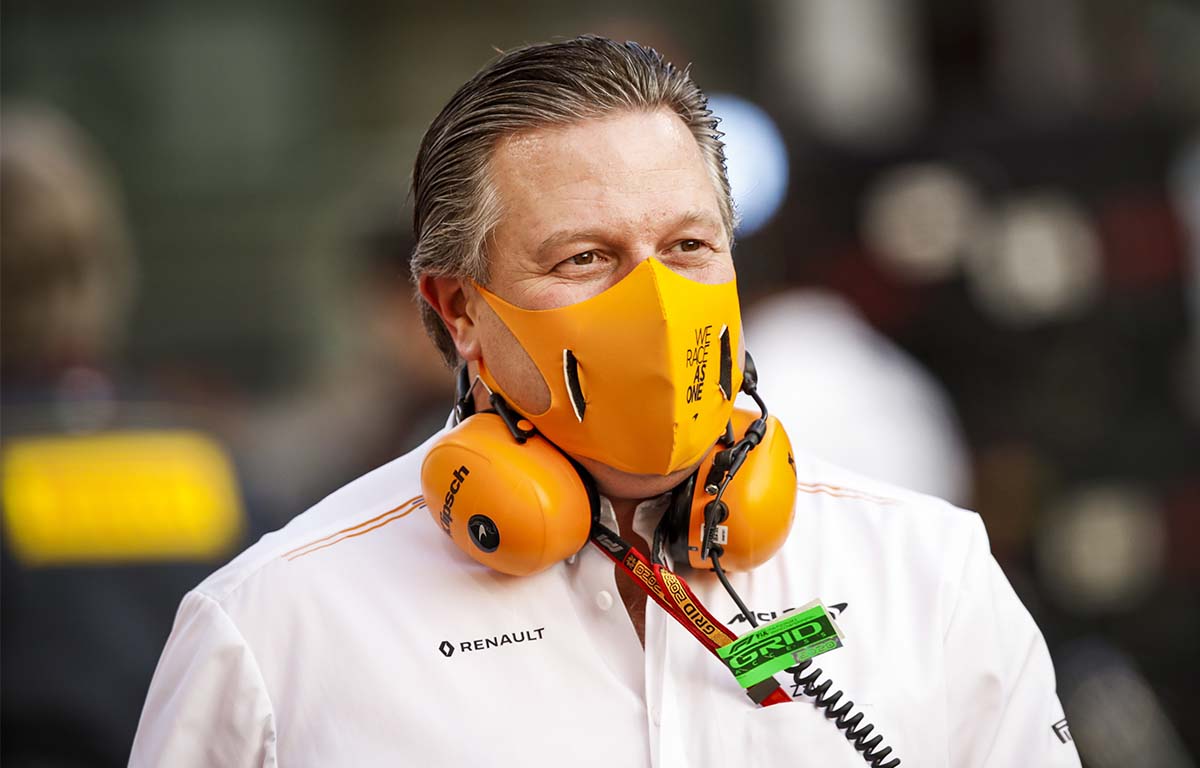 Zak Brown is confident his McLaren team can get closer to Mercedes in 2021, but expects an “unbelievably competitive” battle.

The Woking-based outfit have improved each year since their 2018 switch to Renault power and the aim will now be to make that one step further to challenge the likes of Red Bull and the dominant Mercedes.

2021 is not expected, however, to see too much of a change in the standings given that teams are limited in the changes they can make to their cars in light of the new regulations being postponed until 2022 while a token system for 2021 chassis developments has been put in place.

Nevertheless, Brown is hopeful they can at least get closer to Toto Wolff’s men, who had a sizeable 371-point advantage over them last season.

As per the Malaysia Sun, he said: “I think 2021 is going to look a lot like 2020. All those teams in third to seventh took a turn at being the third-quickest team at some point over the year, so I think it’s going to be unbelievably competitive.

“We could find ourselves closer to [championship winners] Mercedes, which is what we hope to accomplish, but slipping to fifth in the Championship, so it’s going to be too close to call. Where will we finish? Who knows, but I’m confident we’ll have a good year.”

McLaren had planned to coincide their change to Mercedes power for the upcoming season with the regulation changes, but the fact that the changes have been pushed back have complicated matters somewhat.

It has meant they are now having to fit their new Mercedes power unit into a chassis designed for a Renault engine.

Brown’s team also have a new driver for 2021, with Daniel Ricciardo taking the place of Carlos Sainz, and he will have less time than normal to adapt to his new team given that pre-season testing has been reduced to just three days.

“Any time you’re making a substantial change, you run the risk of reliability and installation [issues], and just understanding the transition,” said Brown.

“Compounding that with the reduction in testing, we are excited but also nervous that we’re going into the season with the least amount of time we’re allowed to prepare on track. It’s not ideal, but I feel we’re well prepared.”

Brown also spoke about the hot topic of the future of Formula 1 in terms of its environmental impact.

He added: “I think everyone is still debating [what the future of motorsport will be]. Is it electric? Is it some form of hybrid? Is it even hydrogen? What I’m comfortable in is that F1 will continue to develop in whichever way the world goes. I’m not worried about whether F1 will be out of date in ten years. F1 always moves with the times.”