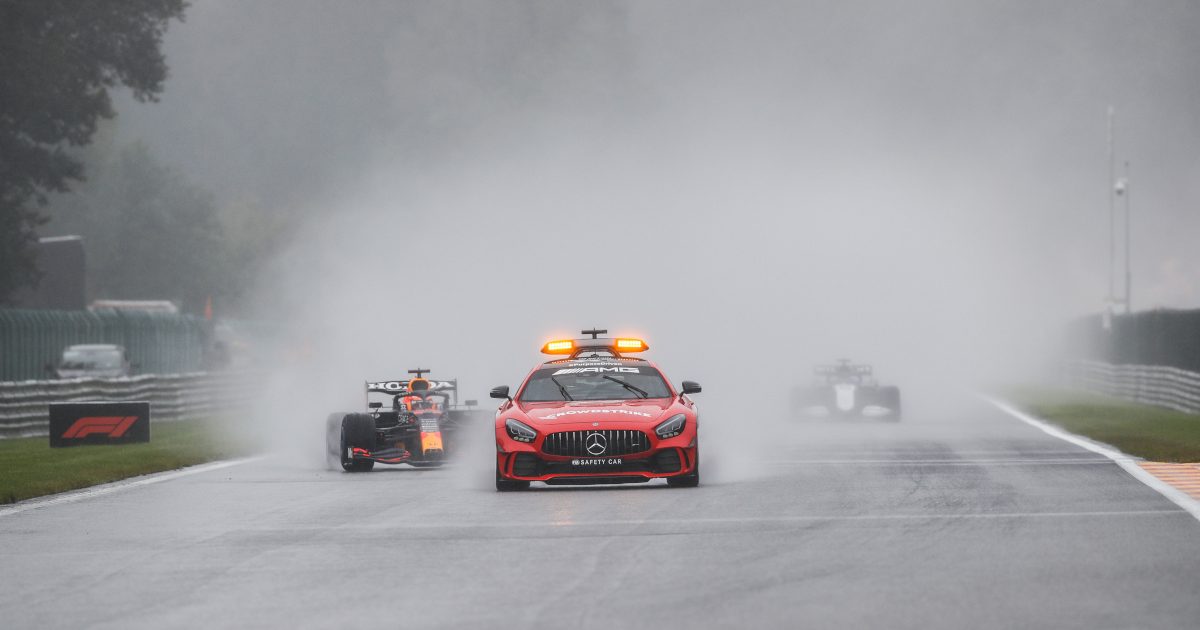 After a farcical Belgian Grand Prix, Zak Brown fears the “biggest mistake” Formula 1 can make would be not learning from the Spa weekend.

Formula 1 did not cover itself in glory at the Belgian Grand Prix when, after a more than two hour rain delay, F1 race director Michael Masi sent the drivers out for a treacherous two laps behind the Safety Car.

But it was two laps that allow him to declare a result, awarding half points for what was basically the drivers’ qualifying performances.

Fans and drivers alike were unhappy with the outcome, prompting F1 boss Stefano Domenicali to call a meeting with the team bosses to discuss potentially revising the rules.

But while Mercedes motorsport boss Toto Wolff says F1 should “move on”, Brown says not before lessons are learned.

“I respectfully totally disagree,” Brown said to ESPN when told of Wolff’s comment.

“I’m very happy that the leader of our sport, Stefano, shares those same views that that was an unacceptable result and has called all the team bosses in together in Holland to discuss it, to address it, to learn from it, to fix it.

“I think the biggest mistake we could make would be not learning from the mistakes we made last weekend.”

He added: “All other sporting events would be rescheduled … [In F1] you can’t just run it on Monday, you know, where are the marshals? And we’re flying stuff around for other races.

“That’s where I think we need to learn… had we come into the grand prix and future grands prix with ‘in the event this happens, we would do this, do that’, but by the time we realised this race wasn’t going to happen at 6 o’clock on Sunday, it’s too late to react.”

"Sunday at Spa gave us all a depressing reminder that #F1 is a business first and a sport second."

The McLaren CEO reckons one flaw that was highlighted last Sunday was the “governance” of Formula 1.

While he feels the teams should not be given the ultimate power to make the calls, their voices should be heard.

“I think taking a step back and reviewing how the weekend played out is exactly what the sport needs to do,” Brown said. “[The situation showed] an overarching point about governance, how the sport operates, and highlights some of its flaws.

“What it’s highlighted to me is the governance and the way the sport functions when you get into a spot like that.

“It’s the same thing, this is where the comparison to the [2005] U.S. Grand Prix is. There you had a situation there where the FIA, Formula One and the teams had different views and because of the governance of the sport the end result was they kinda put on a race, but lost the North American fan base for 10 years.

“So while the teams have the ability to be extremely short-sighted, and this is bigger than the Belgian Grand Prix in general, I think more of the governance and control of the sport needs to sit with Stefano because the teams unfortunately – not all of them, but too many of them – only think through in the moment what’s best for them and don’t think through the consequences of a U.S. Grand Prix, where everybody lost.

“That’s where there’s some similarities.”