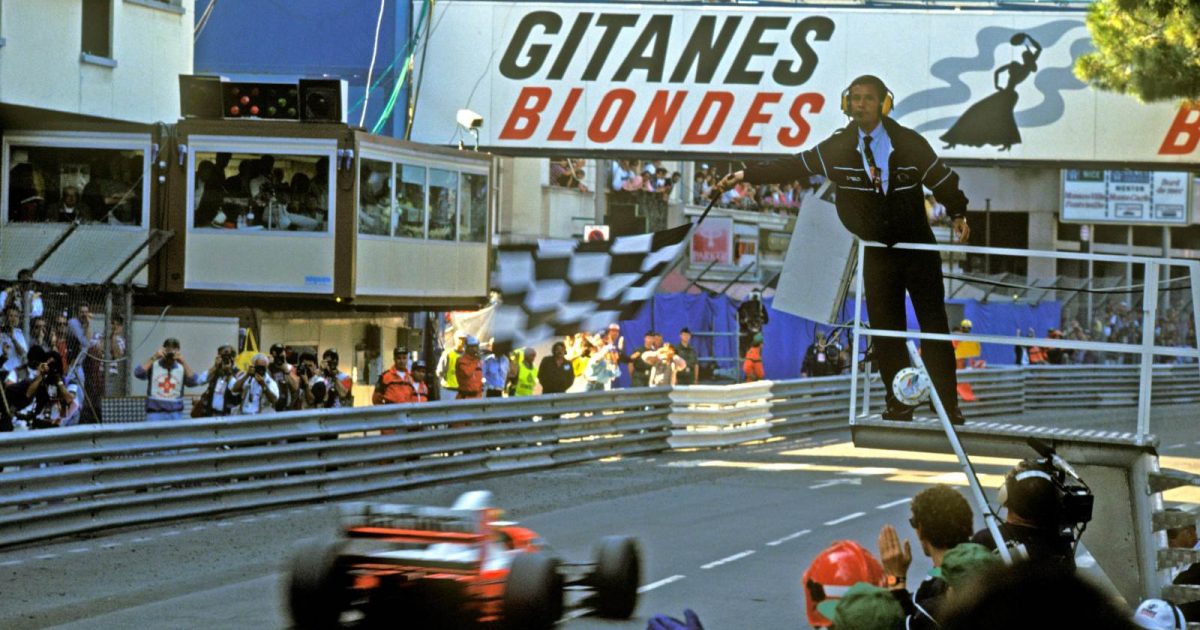 It’s Monaco week! To honour Formula 1’s most prestigious race, we have made this Guess the Grid F1 quiz for the 1993 Monaco Grand Prix.

The Spanish Grand Prix is behind us and we are straight to Monaco this weekend for the 2022 Monaco Grand Prix.

Monaco is widely considered to be one of the most important and prestigious automobile races in the world, making up one of motorsport’s ‘Triple Crown’, alongside the 24 Hours of Le Mans and the Indy 500.

It is a dream of many drivers to not just compete there, but to win.

The title of “Mr Monaco” was given to Graham Hill, as his success there in the 60s saw him win the race five times. But while he has that moniker, he isn’t alone on five wins. In fact, it isn’t even the most.

We are focusing on the 1993 Monaco Grand Prix in particular because it was the last one that the race winner won in his career.

And not just that, but it was the last win of a five-year long winning streak. He had won the Monaco Grand Prix consecutively from 1989 to 1993.

Plus, one more win in 1987, making it six wins in total, the most for any driver in F1 history. But who is it? That’s for you to figure out, although it shouldn’t be too hard at all!

Your challenge today for this F1 quiz is to name the starting grid for the 1993 Monaco Grand Prix.

But to make things slightly easier are looking for the front 14 drivers, rather than the full grid.

If this quiz isn’t enough for you, try the previous Guess the Grid: 1987 Spanish Grand Prix.

And why not try the daily Sportword. It’s Planet Sport’s word guessing game, where you must figure out the F1-themed word in six tries.

As for now, good luck!