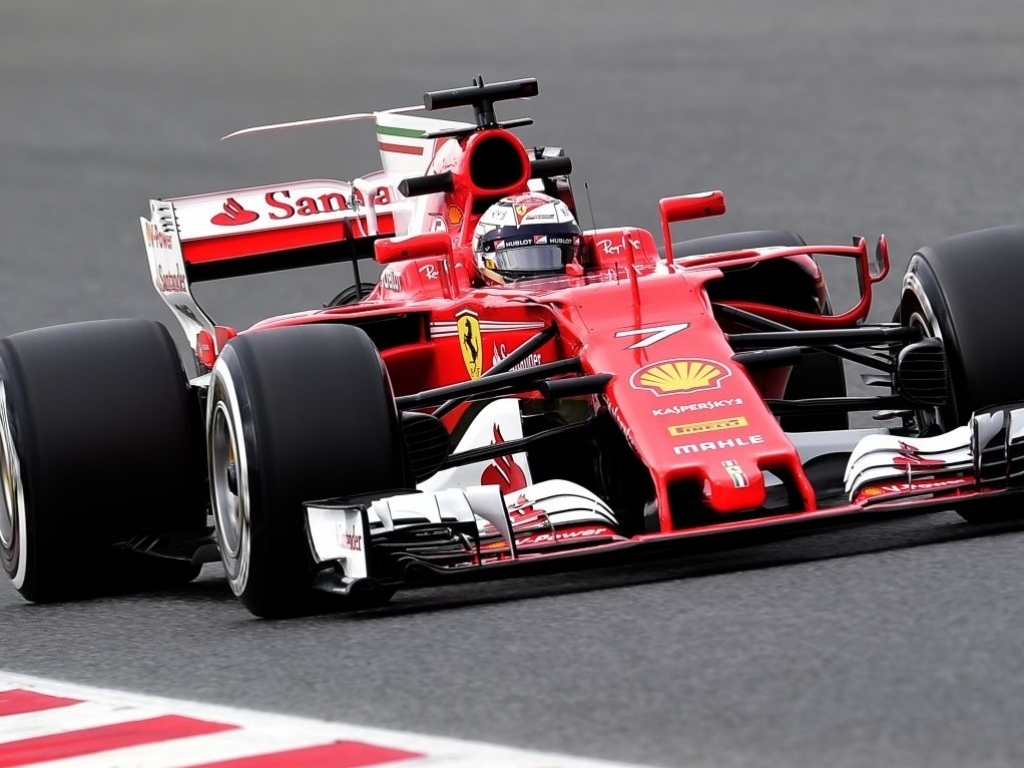 With the abandonment of the engine upgrade token system it has become an arms race in engine development. Honda decided to abandon their original ‘Size Zero’ engine concept and copy the Mercedes model, safe in the knowledge that they weren’t locked in to spending a limited amount of tokens on various steps forward.

Renault, under severe criticism through 2015 and the beginning of 2016 from the Red Bull team, had got themselves back into the ball-game by the end of the 2016 season, despite constant whinges from the forever moaning Christian Horner about lack of power had produced a Ferrari-beating car.

The expectation for 2017 was that with the move to aero-critical downforce-dependent cars, then the ‘Genius of Aero’, Adrian Newey, would mastermind a chassis that would trounce Ferrari and take on Mercedes.

The results from testing haven’t backed that widely held expectation up. And it’s back to the old Achilles heel: the underperforming/overheating Renault engine.

Unless Renault can find a magic solution then we are likely to have more whinges in 2017, followed by gradually improved performance through the season as the Renault engineers collate data from their teams and iron the problems out.

Talking about the results from the Barcelona testing, Helmut Marko believes there is a significant gap between the performance of Valtteri Bottas and Lewis Hamilton.

Whereas there was hardly a fag paper between Hamilton and Rosberg, the wily old Austrian believes that there is now a gap into which other drivers could insert themselves.

Hamilton fans would say that all Bottas has to do is wait for race weekends, take a look at Lewis’s telemetry and copy what he is doing, and hey presto, instant Rosberg.

Bottas’s fans would point out that he is a far more combative racer than Rosberg, and testing in isolation is one thing and coping brilliantly with the pressures of a GP weekend is another.

However there will be a lot of attention on the gap between the two throughout the season. Bottas has a one-year deal with an option, and Fernando Alonso becomes a free man in 2018.

If Ferrari have a real shot at the 2017 World Championship, and everything suggests they might have (no matter how much Michelle Foster stuffs pillows over her ears when anyone says it out loud), then the easy relationship between the two Scuderia drivers might well come under strain.

Raikkonen will be 38 by the time the season ends and this would be his last realistic chance of becoming World Champion again.

In their first season together Vettel had the edge, but last year the advantage was less so and Kimi will have all the motivation he needs in 2017.

Given his worldwide fan following, this could make for some gripping races in a season short on overtaking, but big on race-to-race strategy.

We already know that the cars are going to be more demanding to drive this year and that after more races than Malaysia (the traditional 15 rounds with Manny Pacquiao) they’ll get out of the cars looking knackered.

Kimi’s never given the impression of a man who hammers on the gym door at 6am in the morning begging for it to open, and it may be that the combination of age and fitness, has an effect in 2017 which it never would in 2016.

The Importance of Qualifying

We will still have DRS to assist overtaking moves but, with the increase in downforce on the cars for 2017, overtaking will be a much tougher prospect.

Following another car is difficult because of the disruption in downforce for the car behind. So it will be hard to get close and then get past.

The cars are wider too, so nadgy circuits like Monaco and the Hungaroring will become overtake-free zones.

Thus the importance of qualifying will be emphasised. Whereas a mishap for a fast car in 2016 could be rectified thanks to a combination of DRS and strategy, it’ll be a bigger mountain this year.

Plus, if Hamilton has one of his terrible starts, then it will be more difficult to recoup the places and make it back into the points.

Mercedes have revealed new clutch paddles that will help both Mercedes drivers release the clutch correctly this year.

The FIA have tightened up the clutch-mapping for F1 launches and whereas drivers just had to drop the clutch into a certain window of bite, now they will be managing the process far more themselves.

We haven’t even had the opening race of the season and already there’s a mighty car crash going on at Woking.

Honda’s Size Zero engine concept never took off and it took them two years on track before they started to get remotely close to the other engine manufacturers.

Abandoning the engine and starting again, they have adopted a design regime similar to Mercedes, except they have now started right back at the bottom of the learning curve.

And judging from the evidence from the eight days of testing in Barcelona, where the most successive laps they could manage was 11, we are back to March 2015.

This week there were stories in the press about McLaren making enquiries about the availability of engines from Mercedes. These were the engines that were destined to go to Manor before the team went bust.

One of the consequences of having a Mercedes-style engine is that it (presumably) can be replaced by one… This information was from a ‘source’ and might be a bit of team-inspired malarkey aimed at shocking Honda into getting outside help. Who knows?

McLaren have signed a long-term deal with Honda, but they are facing a third year with the best and most highly-rewarded driver on the grid circulating in a car that in terms of pace is not going to beat anything except the Safety Car.

Had this been at 2016 speed, then reserve driver Jenson Button might already have been summoned to partner Stoffel Vandoorne, but Fernando Alonso likes the 2017 spec cars.

He has said they no longer have to drive “like children”. The only problem is that at the moment his car hasn’t lasted for as long as an opening stint.