Home Uncategorized 10 Things To Watch For In China 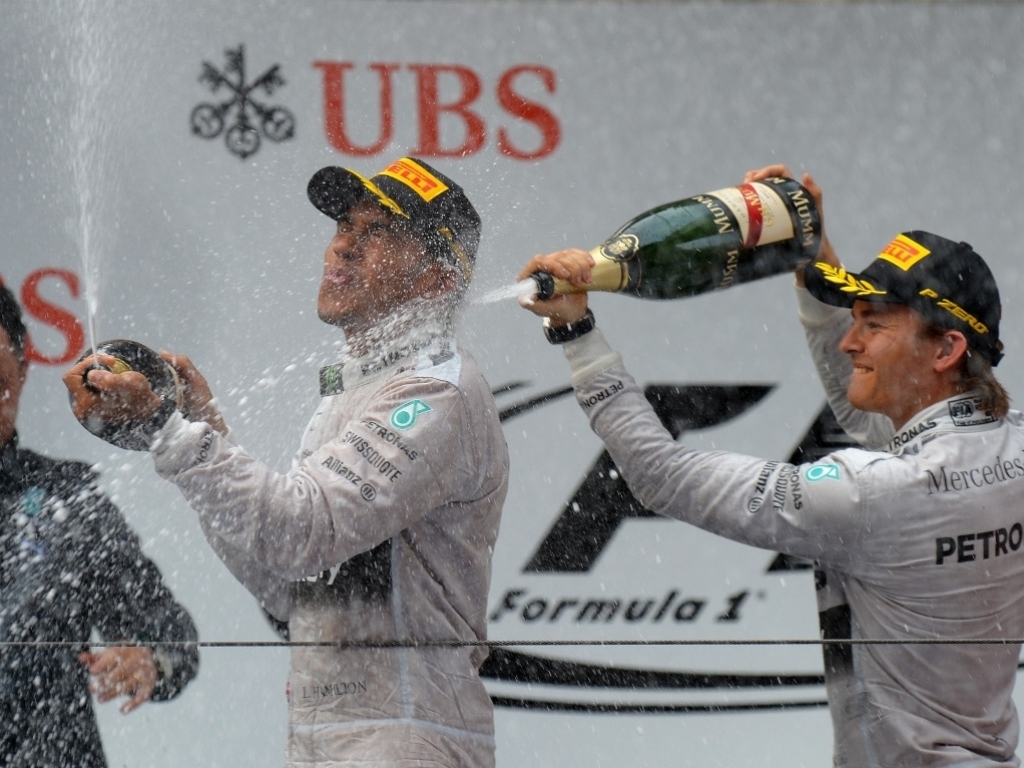 – The Chinese Grand Prix at the Shang Circuit will give us a much closer fix of where the teams are in relation to each other. With its monster back straight and tricky first turn complex, it’s probably the worst race to have straight after Malaysia, because both tracks were designed by Hermann Tilke in the same design groove. However instead of 33C and 34C ambient temperatures it’s expected to be just 15C and cloudy on Friday and Saturday and up to 19'C with sunny intervals on Sunday.

– The big question on everybody’s lips is, ‘can Ferrari really take the fight to Mercedes?’ and not rely on track temperatures of 63C. Well, this race will be run in colder conditions than Melbourne, but even in Australia Ferrari managed to get onto the podium. What’s more, a series of unfortunate incidents has kept Kimi Raikkonen away from the battle of the front, that surely can’t continue.

– One thing that the FIA will be monitoring in China is fuel flow pressure. There has been a lot of rumour around the paddock that teams might have found a way to increase fuel flow beyond the recommended limit. The new technical directive demands that fuel pressure is measured at various points in the fuel system from the tank to the injectors. Before, the single fuel flow sensor was near the fuel tank, some distance between it and the fuel injectors.

This meant a system could potentially accumulate fuel during periods of low demand from the engine which would then be pumped into the engine at a greater pressure and/or fuel-flow rate than set out in the regulations. Because it was beyond the official sensor…

– Tyres were the big talking point in Sepang and Pirelli’s Paul Hembery thinks that Shanghai will be a bolted-on two-stopper. “The front-left tyre is the most stressed in Shanghai, while the traction demands of the circuit also give a lot of work to the rear tyres.”

– As usual Daniel Ricciardo’s pre-race quotes are the most illuminating, especially when it comes to Shanghai’s mega-long straight. “You could drink a can of Red Bull driving down it. I've heard quite a few drivers saying it's pretty boring. Ha! If they think it's boring in a Formula One car, they should have tried coming here in Formula BMW. I drove here as a kid, all massive afro and enthusiasm and, trust me, it was the sort of straight where I'd definitely have been reaching for a book if I'd had one. The fact [that the tyres] come in straight away is awesome. In qualifying, you drive the out-lap like your grandma, desperately trying to not kill it before the flying lap starts."

– Mercedes, having been reduced to a 50% win ratio, are re-focusing their efforts on Friday long runs. Technical Director Paddy Lowe: “As with every race, we’ve spent time analysing the weekend in Sepang to identify areas for improvement. The most significant weakness was our tyre management during long runs. Exceptionally high track temperatures – even by Malaysian standards – contributed to this, however it is essential to have a car which performs at all circuits and in all conditions.” The Silver Arrows will be bringing more aero tweaks to Shanghai.

– All eyes, especially Force India’s, will be on Manor Motorsport to see if they can get both cars running for the race. In Malaysia there was the suggestion that the team chose not to run Will Stevens’ car, vigorously denied by the team.

– Over at the McLaren-Honda School of Optimism, the drivers are taking anything they can get to turn into a positive. Never mind the fact that they were the only team to have a double technical failure, they weren’t as bad as they thought they were going to be  – so that means progress. Fernando Alonso likes the company of other cars: “The steps we took between Australia and Malaysia were extremely impressive: it was a great feeling to be able to mix it with other cars and drivers, and I hope we can do more of the same in China this weekend.

– Valtteri Bottas says he’ll be 100% fit after his Melbourne back injury kept him out of the opening race. In Malaysia he said the pain “was consistent” but in China he hopes to be racing without the pedals in the adjusted position. Judging from the way he overtook Felipe Massa on the last lap at Sepang, the alternative pedal position isn’t too much of a hindrance anyway.

– Will Toro Rosso stay ahead of Red Bull in China? Currently the ‘junior’ team are edging out the seniors by one point in the constructor’s table – in 5th and 6th places and Toro Rosso technical director James Key has said that Renault made a  “massive step’ in performance between Australia and Melbourne. Toro Rosso’s ambition is to finish 5th in the Constructor’s and with both Carlos Sainz Jr. and Max Verstappen putting in performances that bely their total GP experience of 4 races, the battle is set to continue.