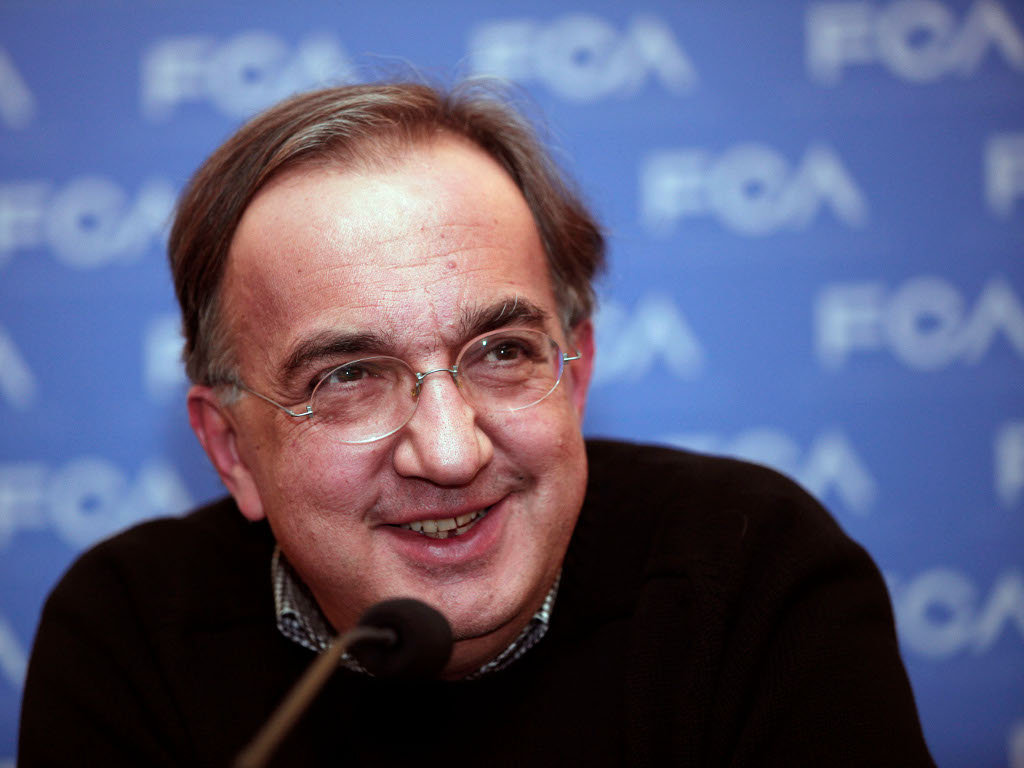 Luca Montezemolo has quit as head of Ferrari after 23 years in the job, but if Fernando Alonso was worried about the direction the company might be taking, he should read new boss Sergio Marchionne’s c.v.

Ferrari’s star asset might have been unsettled by the loss of team boss Stefano Domenicali, engine chief Luca Marmorini and CEO Montezemolo all in one season, but new boss Marchionne has a happy knack of turning things round. So here’s 10 things about the new ‘Head of the Family’.
1. Marchionne was born in Chieti, Abruzzo in Italy, but at the age of 14, his family emigrated to Toronto, Canada. As a result, he has dual Canadian and Italian citizenship and speaks fluent English and Italian.
2. He trained in business and law and from 1983 to 1985 worked as an accountant and tax specialist for Deloitte & Touche in Canada. He climbed up the greasy corporate pole with jobs in major Canadian and Swiss companies.
3. A long time car fanatic, Marchionne was elected as an independent director of Fiat S.p.A. in May 2003, and then was appointed CEO in 2004 (ironically, the last year of Michael Schumacher’s extraordinary run of five years on top for Fiat’s major brand, Ferrari).
4. Marchionne helped turn round the Fiat Group from a basket case to profitability in 2006 less than two years after taking over. In 2009, he was instrumental in Fiat Group forming an alliance with the US car giant Chrysler.
5. In June 2009, when Chrysler emerged from Chapter 11 bankruptcy protection, Fiat Group received a 20% stake in Chrysler and Marchionne was appointed CEO. Chrysler cleared their debts to the Canadian and US Treasury in 2011, when Fiat’s stake in Chrysler increased to 53.5% and Marchionne became Chairman of Chrysler.
6. While Luca Montezemolo favoured the blue blazer, Sergio goes for the more informal ‘Steve Jobs look’. He prefers green or black pullover sweaters worn on top of a button-down shirt and black slacks. Car and Driver magazine ran a parody of him with their ‘Marchionne Doll’ that could be dressed in a variety of outfits… all the same
7. He doesn’t go in for ‘Us and Them’ management style. He vetoed the traditional penthouse office suite of the Chrysler chairman for a smaller office near the engineering department.
8. He shares one of Flavio Briatore’s former vices. He’s a chain smoker.
9. His management style has been described as ‘unorthodox’. He’s not afraid to speak his mind either, as he has done about the ‘unacceptability’ of Ferrari not winning races. At a J.D.Power Automotive conference he once described the interest rates Chrysler were paying on US and Canadian loans as “Shyster rates”. He then had to apologise for the comment, to both of the government treasuries and the Jewish community.
10. He indulges his passion for fast Chryslers, Ferraris and Maseratis at track days and company events. His biggest Fail! though was when he wrecked his company-owned Ferrari 599 GTB Fiorano while driving in Switzerland in 2007. The accident was never going to “polish out”.