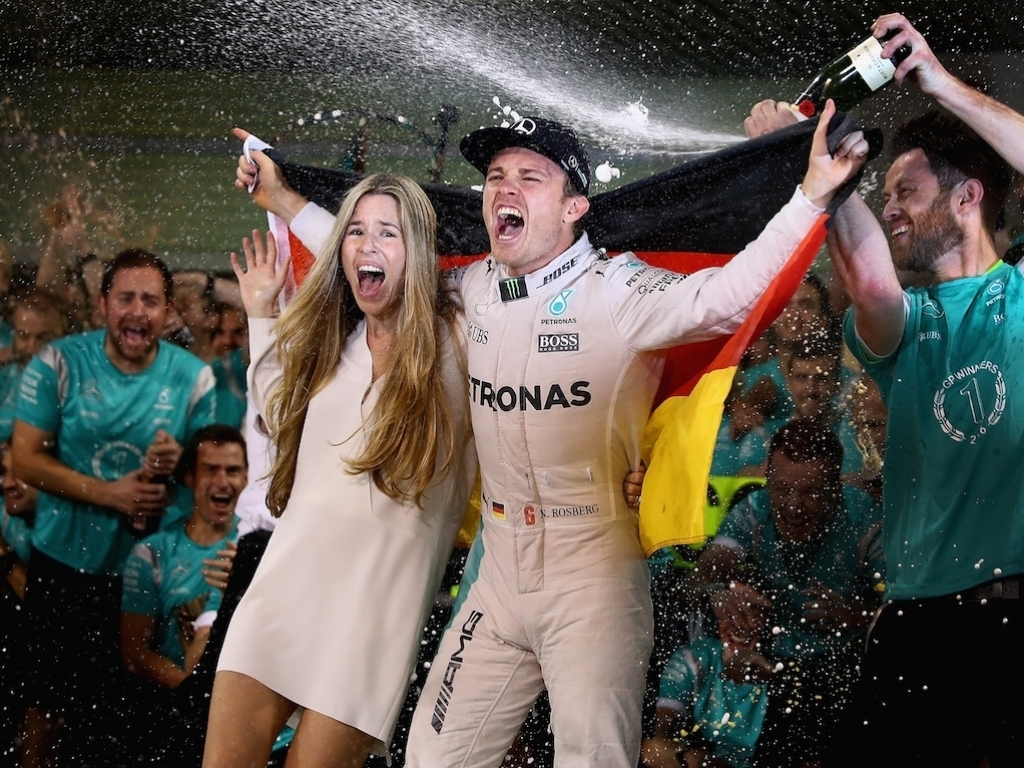 It was Nico Rosberg’s year as he won the prize most coveted in the sport. Statistically speaking it was also a great season for the German, but who else wrote themselves into the record books in 2016?

Lewis Hamilton became the first driver in history to win ten races in a campaign and not win the title. Rosberg won nine times in 2016, giving him 23 total career victories – equal with Nelson Piquet and one shy of Juan Manuel Fangio’s 24.

Mercedes won 19 of the season’s 21 races – Red Bull took the other two – and claimed all but one pole position through the campaign. Daniel Ricciardo took pole in Monaco and was the only man to beat the Silver Arrows in qualifying.

Rosberg is the third German to win the Championship. Michael Schumacher and Sebastian Vettel are the others, although the 1970 Champion Jochen Rindt was born in Germany but raced for Austria. Rosberg’s father Keke is Finnish and Nico could have raced under either the German or Finnish flags.

It took Rosberg 111 races to win his first grand prix, and he won 22 times in his next 95 starts. Rosberg’s post-first-win career is remarkable as his win-to-start ratio of 23% during this period is in the vicinity of the ratio achieved by Alain Prost and Ayrton Senna, among others.

As a side note, Rosberg’s fellow retiree Jenson Button needed 113 races to break his duck, though Mark Webber holds the record at 130 grands prix before winning for the first time.

As in 1993 and 1994, the Champion will not take the grid to defend his title in 2017. Rosberg joins Nigel Mansell and Prost respectively as title holders who moved aside after Championship success in recent decades.

Hamilton also surpassed Prost’s 51 victories in 2016 and with 53 wins is currently second on the all-time list behind…Schumacher.

A luckless Hamilton accumulated the second most grid penalties in 2016. But the three-time Champ’s 65 place penalties is dwarfed by the 105 suffered by McLaren’s Honda’s double world Champ Fernando Alonso.

Alonso has entered 72 grands prix since his last victory, which came at the Spanish Grand Prix on May 12, 2013. Button’s winless streak was even longer, stretching 78 races, with his last win coming on November 25, 2012 at Interlagos.

Keep an eye out for who wins the 2017 Singapore Grand Prix: the victor at Marina Bay in five of the last six seasons has gone on to win the Championship. The only exception: Alonso in 2010.

Nico Hulkenberg has started 115 races without a podium, just 13 shy of one of the F1 records no one would actually like to hold. For the record, another former Force India driver Adrian Sutil started 128 grands prix without standing on the rostrum.

Felipe Nasr’s ninth place in Brazil on November 13 gave Sauber their first points in almost 400 days and helped the Hinwil team pass Manor in the Constructors’ standings. Nasr scored the team’s previous points at the 2015 US Grand Prix on October 25, 2015.

A tweet from Williams at the Baku Grand Prix claimed that Valtteri Bottas reached 378kph while slipstreaming Max Verstappen in qualifying. However, the official speed trap reportedly measured the Williams travelling at about 366kph. Juan Pablo Montoya holds the verified F1 speed record of 372.6kph set in Monza in 2005