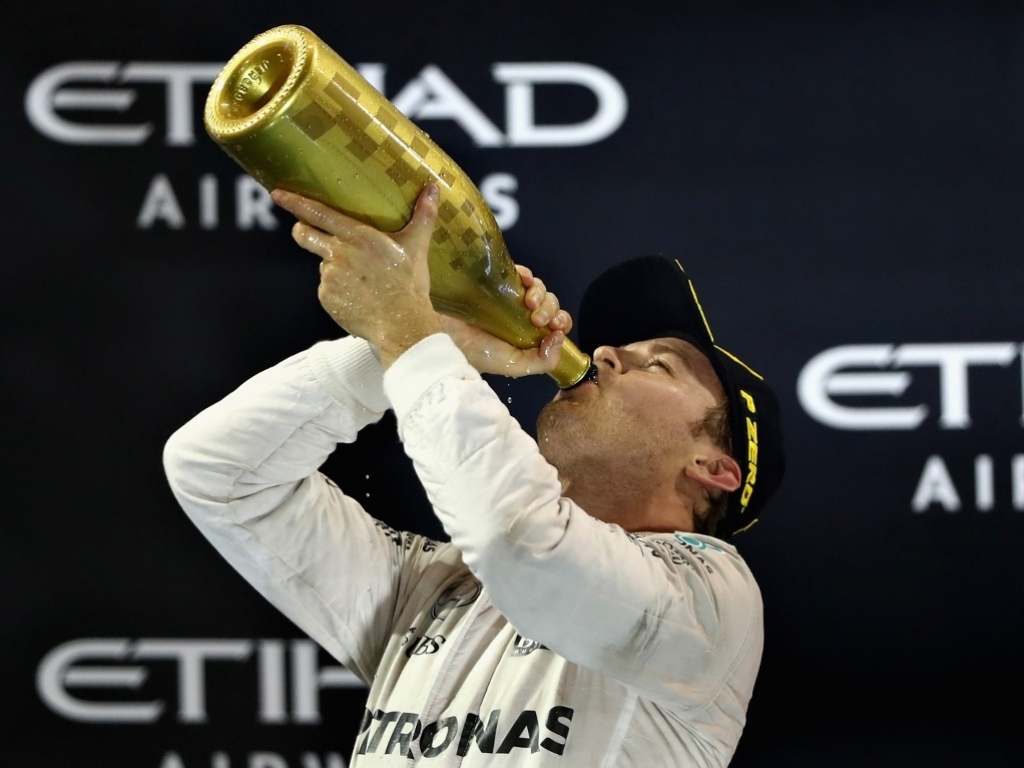 Rosberg, who is the son of World Champion Keke Rosberg, did what he needed to do and finished on the podium to edge out his team-mate and rival Lewis Hamilton on the Drivers’ Championship.

Interviewed by former Formula 1 driver David Coulthard during the post-race celebrations, the German held back his tears of joy and shared his thoughts on his title winning Grand Prix and what being a World Champion means to him.

“The race was so intense and so tough, especially those last couple of laps,” he explained after Hamilton held up traffic for Max Verstappen and Sebastian Vettel to try and overtake him.

“That was definitely not the most enjoyable race I’ve ever had.

“With Max at the beginning and then with those guys coming up at the end, really not very enjoyable those last laps. I’m glad it’s over, and I am ecstatic.

“I want to dedicate the win to my wife and to our daughter. I’ll think everyone else afterwards.

“I am very proud to have done the same feat as my dad achieved, he is going to be coming in half an hour I think.”

The Mercedes ace also went on to congratulate Hamilton for his efforts throughout the season and told the Silver Arrow garage to prepare the party.

“I also want to say congrats to Lewis, you did a great season, a great competitor, massively quick and it was always tough to beat you,” said the 2016 World Champion.

“Guys at Mercedes, please put the music on I’m going to down to see you.”

Before leaving to start the festivities though, Rosberg reminded everyone that he may not be available for reaction in the coming days.

“Tonight is going to go absolutely nuts,” he remarked.

“I don’t think I’m going to be available for a few days after that.”