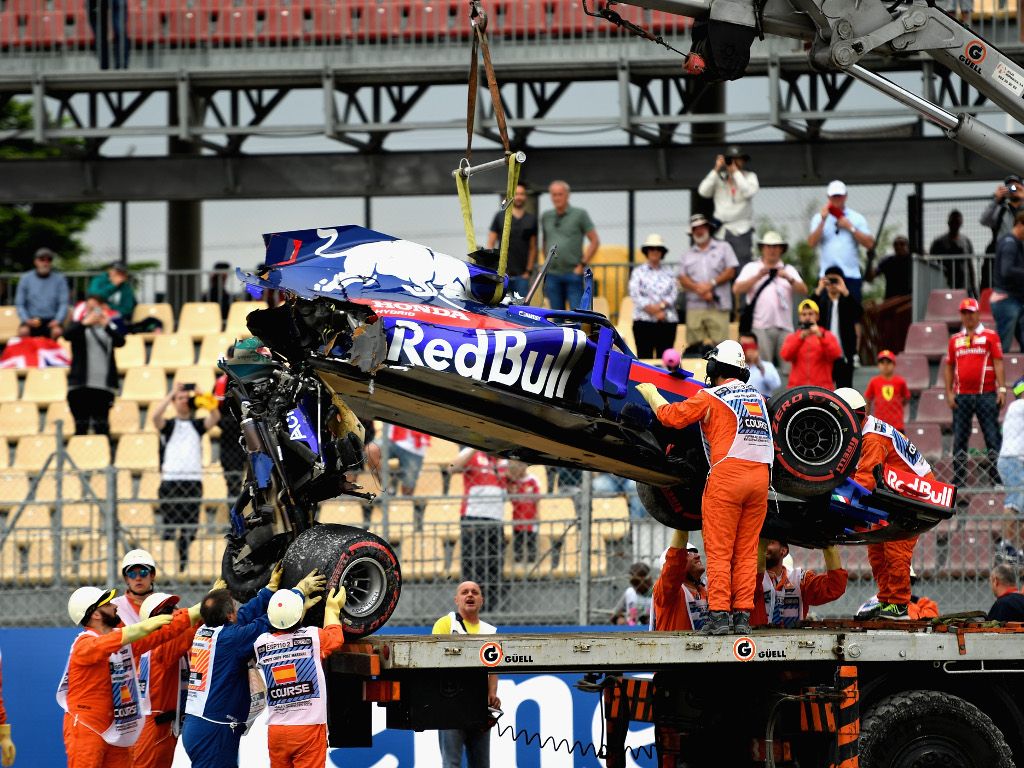 Brendon Hartley’s crash in final practice for the Spanish Grand Prix was a 25G hit while Honda are now examining his engine to see if anything can be salvaged.

Hartley suffered what he called the hardest hit of his career when he ran slightly wide in FP3, lost control of his STR13 and hit the barriers at speed.

According to Auto Motor und Sport, the impact was recorded at 25Gs with the New Zealander still travelling at 110km/h when he made contact with the barrier.

His Toro Rosso broke apart between the engine and transmission with the car fitted with a completely new power unit package ahead of Sunday’s race.

Honda are now looking to see if anything can be salvaged as drivers are limited to just three units per season before incurring penalties.

“We will check the crashed power unit, but it looks like big damage.

“So, Honda will make options on the power unit side, and then we can work with the team on how we can manage the situation.

“Also, we don’t know [what will happen] in the next race!”