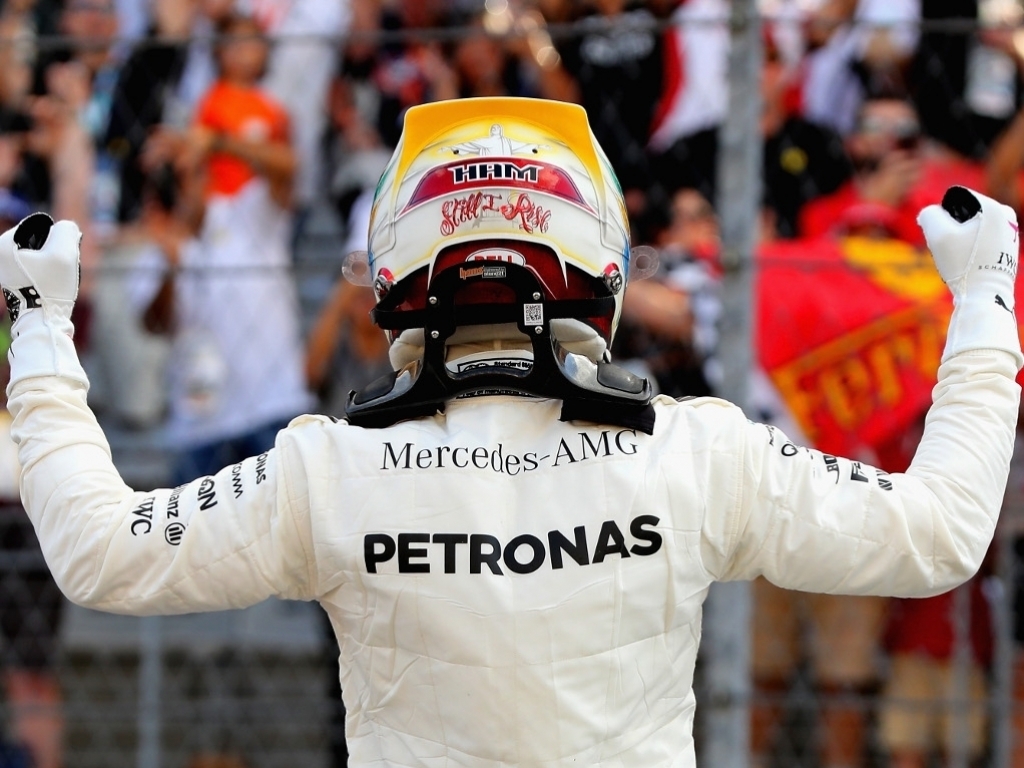 With a fourth World title in the bag, Lewis Hamilton is on course to become F1’s first $60m driver.

The British racer wrapped up his fourth Drivers’ Championship last time out in Mexico, taking the crown with two races to spare.

And it couldn’t have come at a better time.

In talks with Mercedes over a new deal, Hamilton is reportedly on course for a mega pay rise.

According to The Daily Mail, ‘the world champion’s next contract at Mercedes could make him Formula One’s first $60million driver.

‘That equates to about £45m a year – up from £32m – and concentrates the mind when the season’s prizes have already been handed out.’