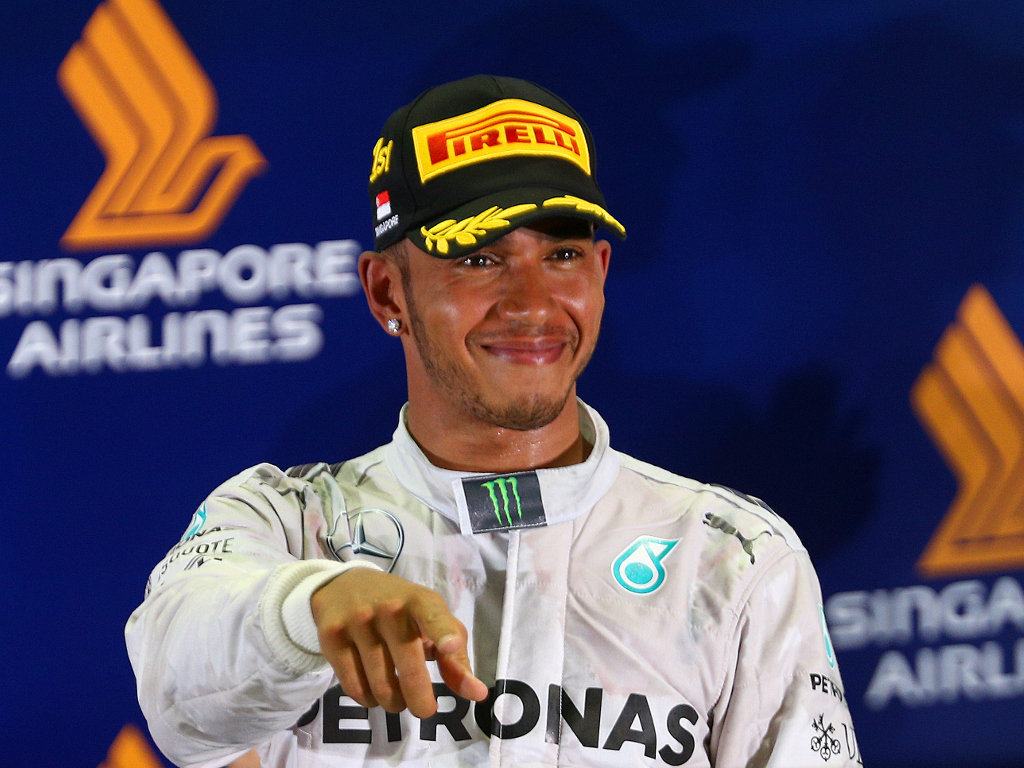 Lewis Hamilton’s dreams became a reality in Singapore on Sunday night when his race victory saw him take the lead in the Championship standings.

While his team-mate and main rival Nico Rosberg failed to progress past lap 14, Hamilton raced to the win, his seventh of this season.

Scoring 25 points for his efforts, Hamilton is now sitting on 241, three ahead of Rosberg.

It is only the second time this season that Hamilton has lead the Championship race having also been P1 following his Spanish win back in May.

“Of course I had a dream this would happen last night but you never think it is really going to happen,” he said.

“Thanks to my team, what they have done this year is absolutely incredible.

“To be up here knowing we have a car that we can fight with, it was a great feeling throughout the race.

“I couldn’t have done it without them.”

He added: “I was so excited to have a clean weekend, and this was it.

“Obviously it was not perfect for the team, we always strive to get both cars 1-2 that was our goal, so things still to work on.”

And although Sunday’s win appeared to be an easy one for Hamilton there was one moment of concern when he came in for his third stop of the night.

Edging further away from Sebastian Vettel lap after lap, Hamilton had built up a lead of 25.2s when he pitted for the final time, emerging in second place.

It didn’t take long for him to retake the lead from the two-stopping Vettel, using his fresh rubber to pass the German within two laps.

Asked about the pressure he was feeling at the time, Hamiton said: “The pressure was not too bad.

“I didn’t not know the situation, if, for example the Safety Car would come out, but I knew we had a chance to get by.”