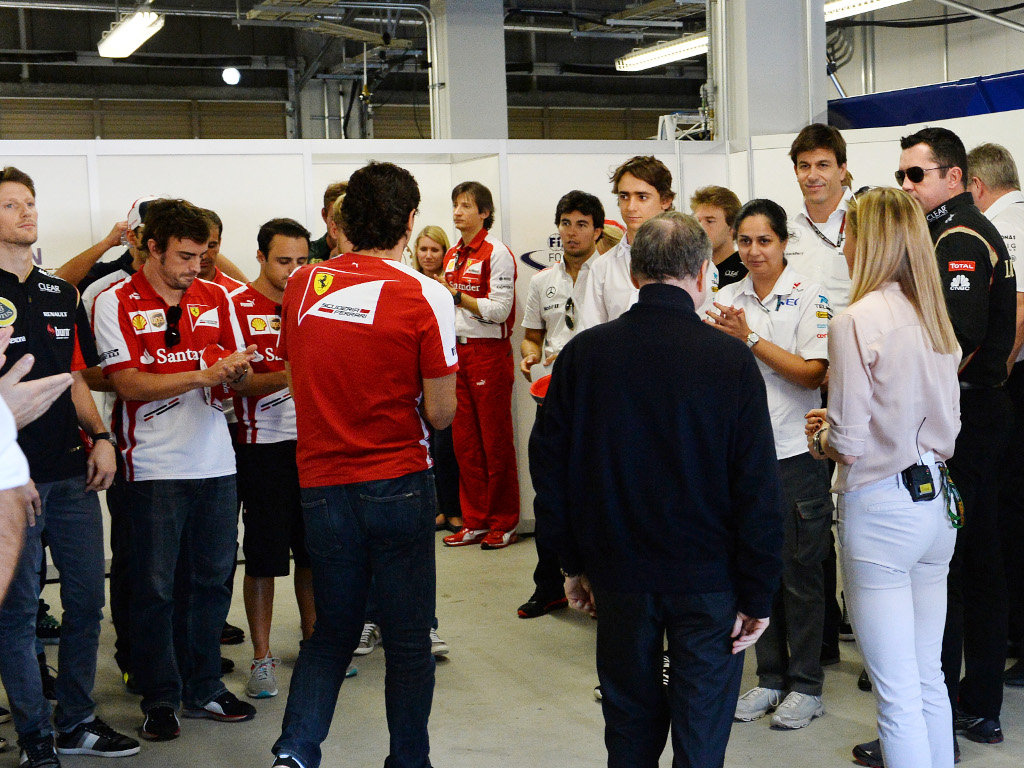 Formula One drivers paid their respects on Sunday to former Spanish test driver Maria de Villota before the start of the Japanese GP.

Led by two-time World Champion Fernando Alonso, the drivers removed their caps and held a minute’s silence before the track parade at Suzuka.

De Villota was found dead in a hotel room in Seville on Friday, sending shockwaves through the paddock in Japan.

Autopsy reports confirming she died from natural causes. She was 33. The F1 Grand Prix Drivers’ Association (GPDA) have also decided the podium in Suzuka will be dedicated to the driver’s memory after being stunned by the news.

De Villota lost her right eye in a horrific crash while testing for the Marussia team last year and Spanish coroners have said the severe head injuries she sustained had more than likely contributed to her death.

The daughter of former Formula 1 driver Emilio De Villota, she was the first Spanish female to enter the sport when she joined Marussia in 2012 as a test driver.

Sauber team principal Monisha Kaltenborn, who became the first female team principal in the sport in 2012, believes she left a legacy for future female drivers to follow.

“If anybody represented strength and optimism, it was Maria,” she said.

Alonso said he was in shock after finding out the news ahead of the Japanese Grand Prix.

“It’s very sad news for the world of motor sport as Maria was loved by everyone,” said the Ferrari driver.