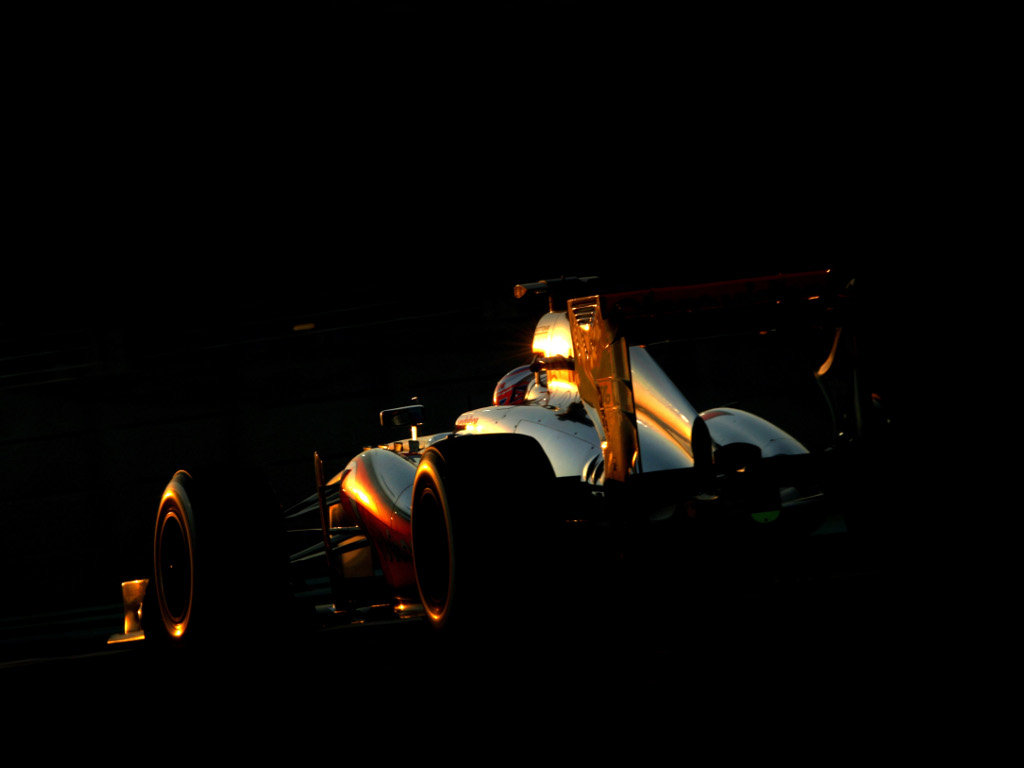 Jenson Button reckons McLaren are in “reasonable shape” in Abu Dhabi after a solid opening day.

The two McLarens were evenly matched in Friday’s second practice as both clocked 1:42.0s under the lights on the soft Pirelli tyres.

Sergio Perez, though, was marginally quicker and finished sixth to Button’s seventh.

And following on from an improved showing in India, Button believes McLaren are on course for a solid weekend.

“It was a pretty good day in terms of understanding the car. Our direction with the set-up looks reasonably good, too,” said the 2009 World Champ.

“I also think both tyres are working reasonably well around here. I got my fastest lap on my first attempt on the Option tyre, which most people didn’t, so I’m quite happy about that.”

The day, though, wasn’t without a few issues as Button not only found himself stuck in traffic and also experience a sensor failure.

“My long runs proved quite tricky, however – first, because of traffic, and, second, because I was delayed by an issue that we initially thought was a puncture but that actually turned out to be a sensor failure.

“As a result, I had to drive slowly back to the pits, after which I lost a lot of track time because we had to replace some parts on the car that had got a bit warm during that slow lap.

“Still, all in all, I think we’re in reasonable shape here.”