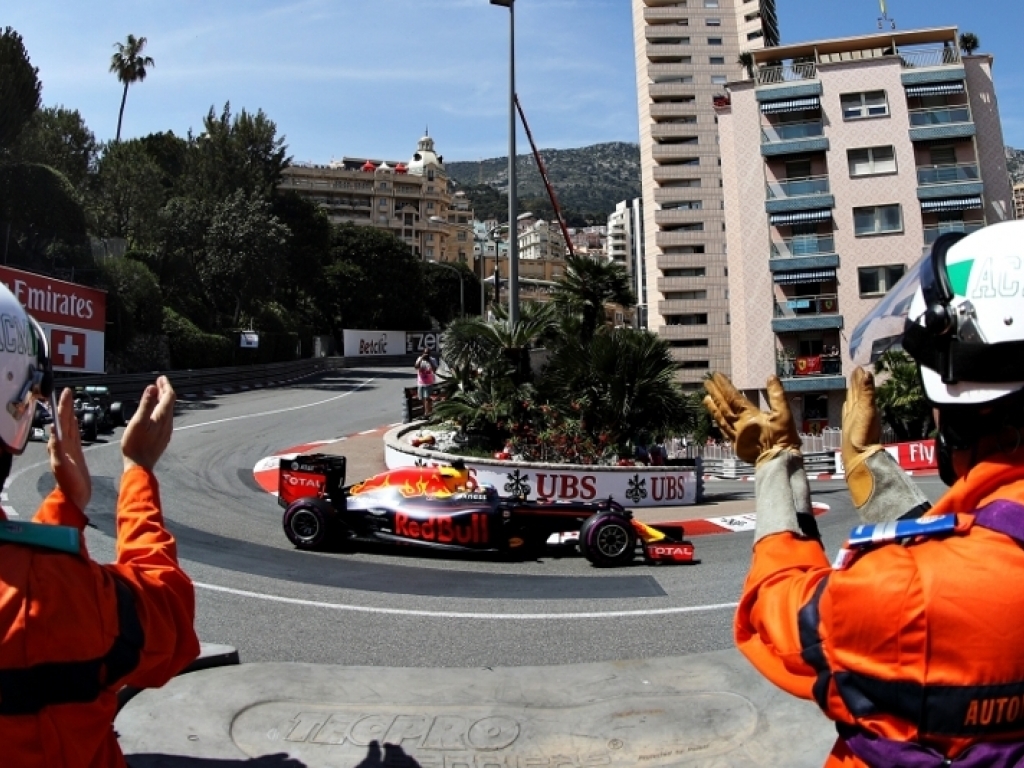 Verstappen’s chances of following up his Spanish GP victory with a win in Monte Carlo were dealt a crushing blow in Saturday’s qualifying when he hit the barrier.

He clouted the barrier out of the Swimming Pool chicane, causing front end damage to his RB12.

“It’s a reminder in this sport of how fine the margins are. We’ll be expecting something a bit special from him tomorrow.”

However, his team-mate Ricciardo already delivered something special on Saturday.

“It’s an amazing performance,” enthused Horner. “That first lap, a 1:13.6 is mighty. We took a bit of a gamble with the supersoft tyres in Q2 but we felt it was worth a go. That first lap he did in Q3 was just dynamite.

“That last lap was sensational, to be in the 1:13s around here… wow. He’s been driving beautifully all weekend, you only need to look at the last sector to see how clean he’s been driving the car.

“The lap times just rolled together for him. It’s great for him – his first pole position and our first since 2013.”

A quick word from Horner on Max Verstappen, who will start from 21st tomorrow after his early crash:

“It’s desperately unlucky on his first lap. It’s a reminder in this sport of how fine the margins are. We’ll be expecting something a bit special from him tomorrow.”