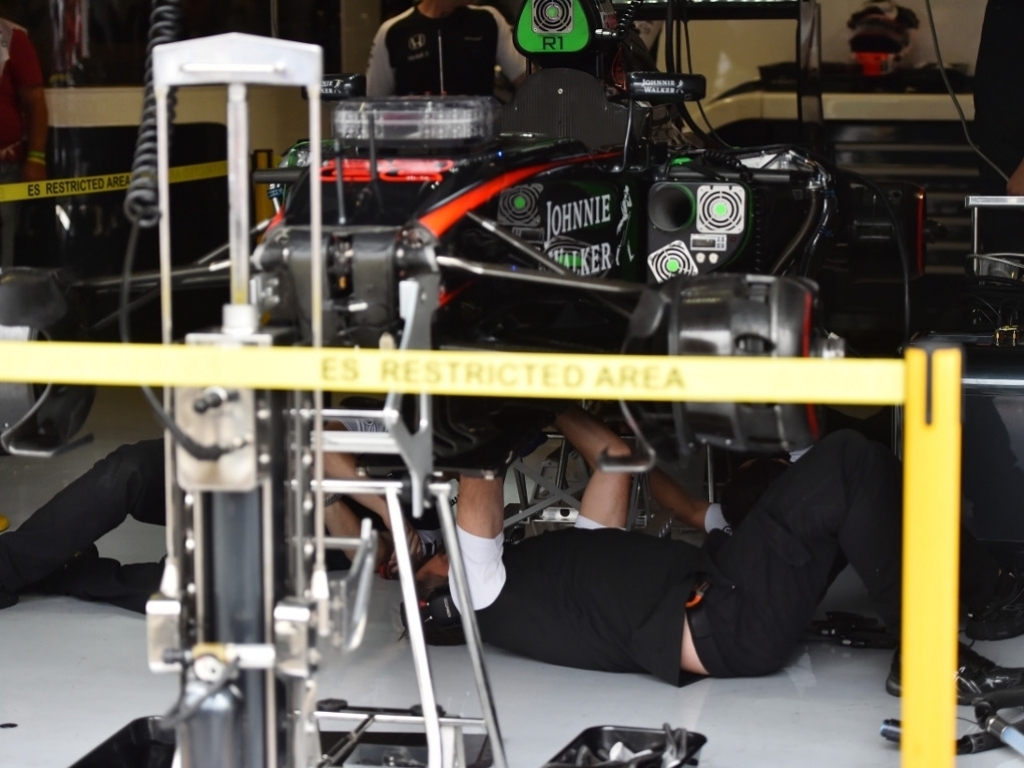 Between a lack of laps, a high-speed track and grid penalties, Jenson Button says McLaren are in for a "tough weekend" at Monza.

While a scheduled engine change cost him time in FP1, a leak after just three laps in the afternoon sidelined him for the remainder of that session.

"My car lost coolant at the start of FP2, and we couldn't change the ERS pack with enough time to get out for the end of the afternoon session.

"So I did one timed lap – which isn't great – but at least we can learn something from Fernando's data.

"We knew this was going to be a tough weekend for us, and this just makes it more difficult, but hopefully we won't have any problems tomorrow."

And there was plenty of data coming from Alonso.

"We knew this circuit would be tough for us – but we tried some changes with the car in order to learn things, so let's see how things go on Saturday," said the Spaniard.

And although there are many hoping for rain come qualifying in the hope that it will shake-up the order, Alonso admits it will have little impact on McLaren's afternoon as they are facing grid penalties for engine changes.

He added: "If it rains tomorrow, that ought to mix things up, particularly for the cars at the front.

"For us, it shouldn't make too much of a difference, as we both have grid penalties for making an engine change, so we'll start towards the back.

"We'll do minimal laps tomorrow in order to save the engine, and, hopefully, recover some places in the race."