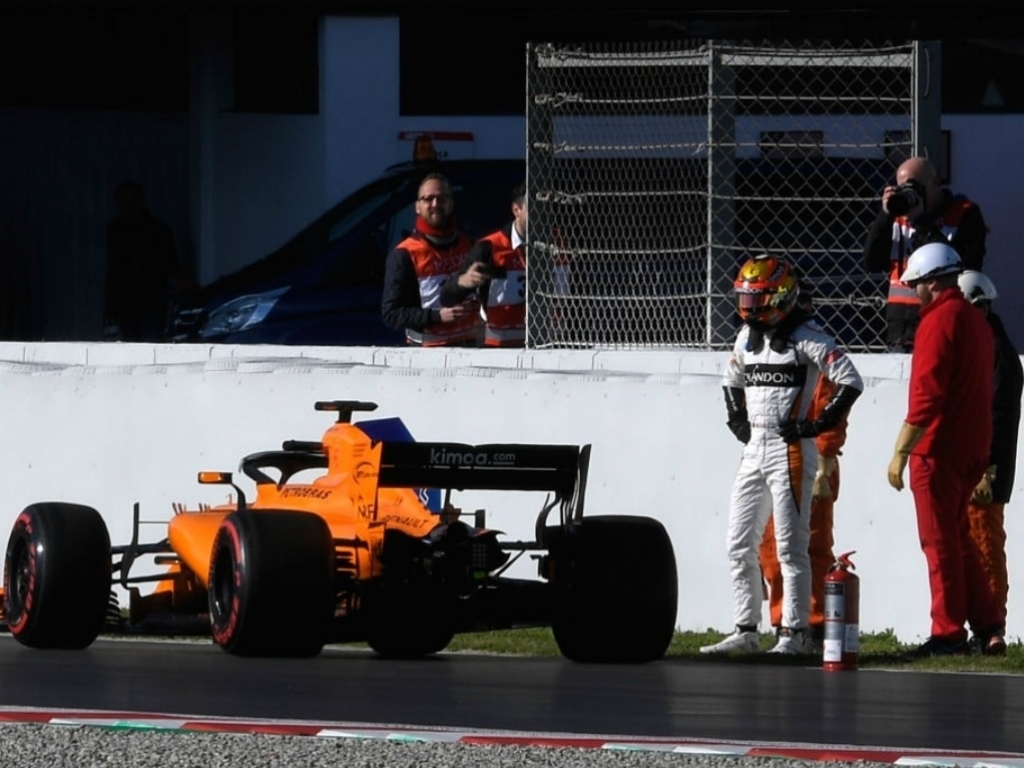 McLaren racing director Eric Boullier has said there is "absolutely no drama" at McLaren after a dismal day at the second winter test in Barcelona.

There was a strong sense of deja vu at the Circuit de Catalunya as the MCL33 was loaded onto the recovery truck after breaking down three times throughout the course of the fifth overall day of testing.

Vandoorne experienced power shutdowns in the first two incidents, the second of which resulted in a red-flagged session, and then a hydraulics issue derailed the afternoon's planned programme.

The Belgian managed just 38 laps in total on Tuesday, but Boullier is adamant that McLaren are not suffering a repeat of the problems experienced throughout their time with Honda.

"There is absolutely no drama," the McLaren racing director told Sky Sports News.

"This is just testing. We push the car to the limits and we try some various conditions and set-ups and things. Sometimes it works, sometimes it doesn't.

"The cars are complicated and when you have to change something in the heart of the car it takes longer than in the old days when it was much simpler."

Fernando Alonso is due to return to the car on Wednesday.