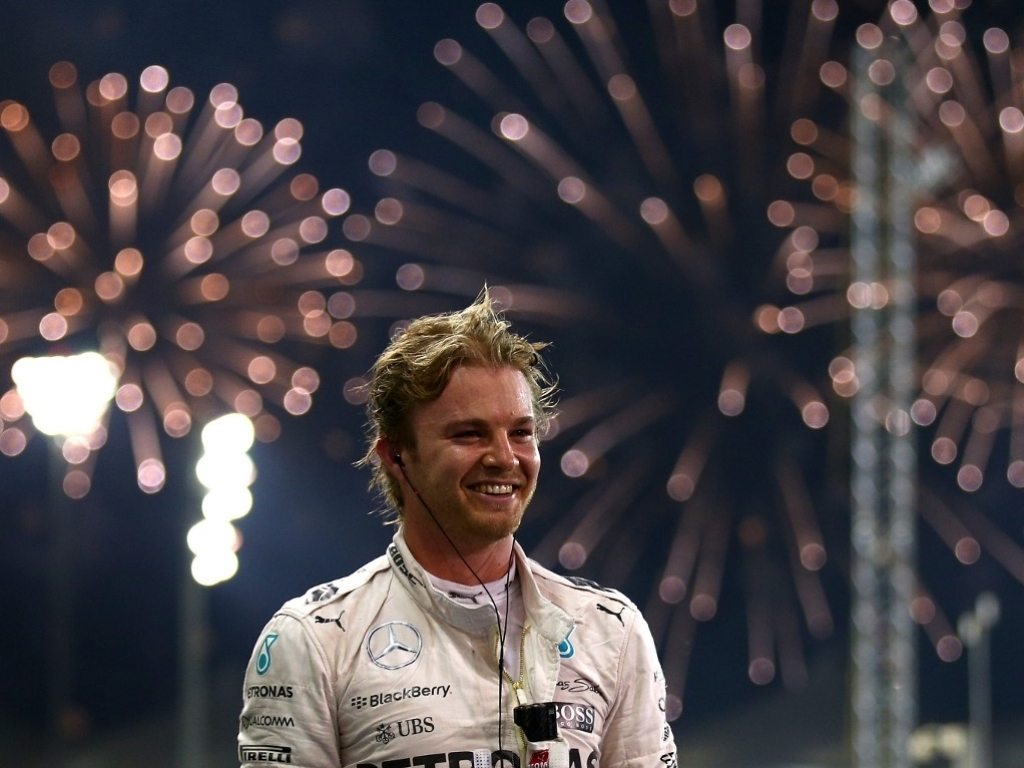 For all you need to know about the big news, the track, the tyres and the numbers that matter…

Championship title on the line
Come Sunday there is going to be one very happy driver in the Mercedes camp, and another feeling rather disappointed.

Mercedes head into the title-deciding Abu Dhabi Grand Prix knowing that the Drivers’ Championship trophy will return to Brackley for the third year running.

The only question is will it be Nico Rosberg or Lewis Hamilton?

The German holds a 12-point advantage, one that means he only has to finish third at the Yas Marino circuit to wrap up his maiden title.

As such it is hard to conceive Rosberg losing out given Mercedes’ incredible form.

The Brackley squad, though, is well aware that reliability has not been their strong suit.

As Niki Lauda put it in the build-up, “when it comes to the last few laps and, say Nico is second or third, he will just be praying, “please, car, don’t stop on me”.”

Hamilton will be ready to capitalise on any misfortunes that may befall his team-mate as he looks to end the season with a fourth win on the trot.

A P1 come Sunday is his best shot at retaining the title but he is well aware that it is not in his hands.

Did you know?
The 21-corner Yas Marina circuit hosted Formula One’s first ever day-night race when it made its debut in 2009.

Designed by Hermann Tilke, the track passes the marina, sand dunes, and runs through the Yas Viceroy Abu Dhabi Hotel.

Sebastian Vettel won the inaugural race in 2009 when he beat his Red Bull team-mate Mark Webber to the line.

It was his first of three Abu Dhabi wins, a record tally, with his 2010 triumph handing him his first of four World Championship titles.

Vettel also holds the record for the biggest winning margin at the Yas Marina circuit as he beat Webber by 30.829s in 2013.

The year prior, Kimi Raikkonen won the closest-ever Abu Dhabi race, crossing the line 0.852s ahead of Fernando Alonso.

Grabbing pole position this Saturday may not necessarily be a good thing as only twice in the seven editions of the race has the pole sitter won, Vettel in 2010 and Nico Rosberg in 2015.

Neither of Lewis Hamilton’s two wins, 2011 and 2014, have come from pole. He started second on the grid in both races.

Betting
Almost time for the title deciding race in Abu Dhabi! If you fancy a quick read, here’s our final betting preview of the season for Betsafe.

What happens when
From pit lane walks for three-day ticket holders, to practice sessions and that all-important 55-lap title-deciding grand prix at 5pm local time Sunday.

A lap of the Yas Marina circuit
Romain Grosjean: “Straight line to the first corner – it comes pretty quickly – a 90-degree left-hand corner, normally in fourth gear. Turns two and three are then flat out.

“You go down the hill, braking into (turn) six – very tricky braking turning into six, then straight away into (turn) seven. You need to be well positioned for the hairpin going down the backstraight. It’s tricky to get the car to turn.

“Long straight line, big braking for the chicane, and again you need to be well positioned between the left- and right-hand side corners. Then it’s another straight line on to (turns) 11, 12 and 13. It’s a triple chicane and as soon as you exit that part you go flat out then brake for turn 14, which is a 90-degree left-hand side corner.

“The second to last corner is good. It’s high speed in fourth or fifth gear. Then the last corner is very tricky. It’s very wide on the entry phase with the pit lane on the right-hand side. It’s not easy to find a line. Then you go as early as you can on the power to finish the lap.”

Snap!
Speed will be the deciding factor in who of the two Mercedes drivers has the edge in Abu Dhabi as both Nico Rosberg and Lewis Hamilton have opted for the exact same tyre choice.

Pirelli are bringing the softs, supersofts and ultrasofts to the Yas Marina circuit with the latter the preferred choice by the paddock.

Rosberg and Hamilton have both chosen seven of those, with two supersofts and three softs, a choice matched by Ferrari’s Kimi Raikkonen.

Red Bull, who have shown themselves to be Mercedes’ main rival out on track, have gone with six ultras, two supers and five softs.