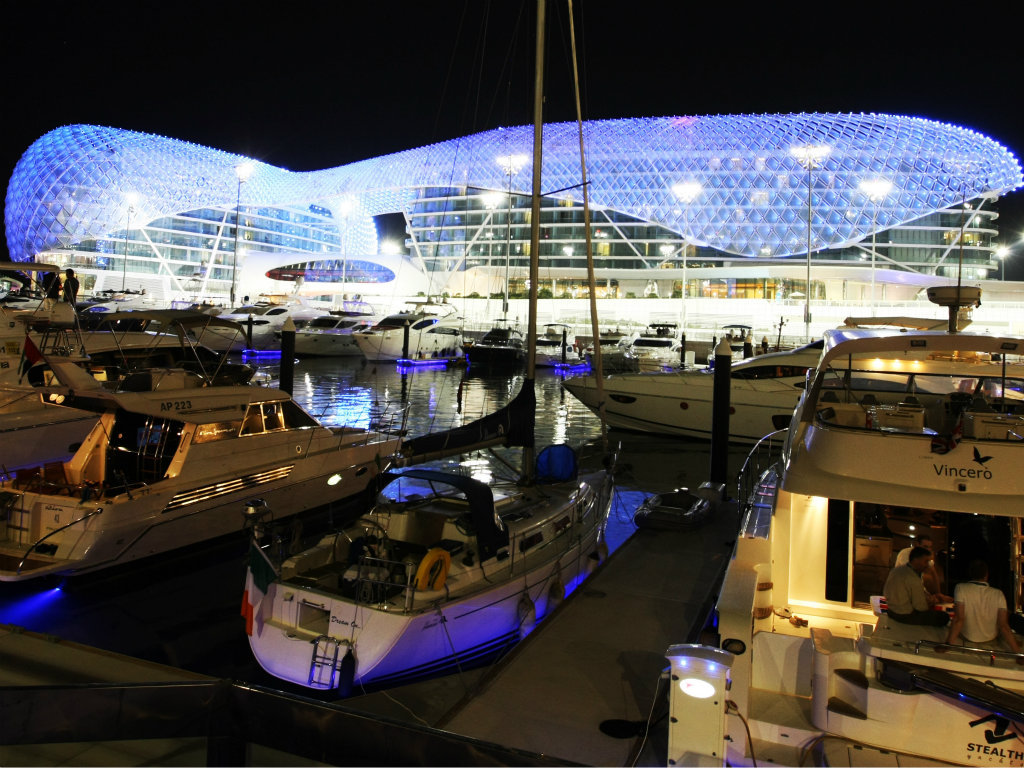 It’s a straight fight now – Sebastian versus Fernando and while Seb has good memories of Yas Marina, Alonso can only think of Petrov.

Four down, three to go.

And there’s been no intervening time gap for the tension to build. Even though Sebastian Vettel arrives at the Yas Marina circuit in expectant and confident mood, this year is going to be a lot different to 2010 and 2011.

This year, the relentless Fernando Alonso has never let up and will apply pressure right until the end. There have been no serious failures from the F2012, the Scuderia’s technical consistency has been superb. The only races Alonso hasn’t scored points in are the ones that he has been taken out by other drivers. These have all been incidents that he hasn’t been able to avoid, they’re not the result of sticking a wheel off the track or trying to overtake Kobayashi.

So Sebastian can guarantee that the man who says he is 100% confident he will win the 2012 title will be fighting all the way to the final corner, Juncao, at Interlagos.

On the plus side for the Red Bull driver, he has been supreme around Abu Dhabi in the past, winning in 2010 and leading away from pole in 2011 until a sudden tyre deflation at the start sent him off the road and out. It was a rare and almost inexplicable failure. Alonso, on the other hand, has pretty miserable memories of F1’s only day/night race, because in 2010 he was also 100% confident that was going to win the title and ended up getting stuck behind Vitaly Petrov. Something he mentioned more than once afterwards.

Ferrari employed both cars in qualifying using India’s long back straight to give Alonso a tow – and this might be replicated on the first Yas Marina straight on Saturday to promote Alonso up the grid. Nobody is expecting anything but a Red Bull lock-out of the front row with maybe the McLarens right behind. So if Alonso can get ahead of them, his starting abilities are such that he might be able to jump Webber at the start – and then we really would be in for a race.

A low-degradation one-stop race wasn’t the most enthralling entertainment for the neutral fan in India and Pirelli have responded to criticisms. Motorsport boss Paul Hembery says they need a bigger choice of dry weather tyre compounds to choose from. Pirelli have to specify four dry compounds at the start of the season, with two being selected for use in each race.

Paul thinks that four compounds cannot cover the full range of track surfaces configuration and temperature conditions: “We would love to have a bigger range of compounds, then we could have a bigger range of solutions for each track to guarantee a two or three-stop strategy. With four choices, you’re always going to be slightly compromised.

“As a minimum, we could do with eight compounds, with low temperature and high temperature working ranges in each.” i.e. a low-temperature supersoft and a high temperature supersoft, and so on through the range.
In Abu Dhabi the teams will get medium and soft to work with. Pirelli like the track to test on for a variety of reasons:
a) There’s a very nice hotel right on top of the circuit
b) It doesn’t rain that much
c) It is close to the glamour of Monaco with the expensive yachts etc, but without the little sh***y dogs everywhere

Most importantly it has a range of different sections, a few high-speed turns, a twisty section, a flat-out section. With the teams having run younger driver tests and pre-season tests here, most of them have all the data they need, so there are few set-up surprises.

Of course with each F1 car evolving tremendously through the season, they won’t have raced the current version of their car here, but it will be far more predictable proposition than the last four races. Any team-mate who qualifies significantly faster than their team-mate here has the talent.

Daniel Ricciardo and Jean-Eric Vergne will both be breathing a collective sigh of relief having been retained for 2013 by Torro Rosso. Fair go. To get rid of both drivers in successive seasons would have been a bit of an odd choice, but then again, ditching two able drivers (Buemi and Alguersuari) in 2011 and taking on two rookies showed that the management weren’t afraid to make stupid choices. This year they had the chance to sign Adrian Sutil and didn’t.

Vergne did well in the young driver test here, so for once he might look forward to spending the last two minutes of Q1 in anything but P16, P17 or P18.

There are going to be the usual battles down the grid apart from the race at the front. Things to watch out for?
1. Can Mercedes score their first points since Singapore?
2. Can Sergio Perez get through a race without making Jackie Stewart wince?
3. Kamui Kobayashi has disposed of three drivers in the last two races – who will it be this time?
4. Lewis Hamilton was just looking for Jenson Button’s car on the opening lap of the Indian GP (he admitted afterwards) will we see more signs that all he’s really trying to do is beat his team-mate.
5. Will Red Bull play it safe with tyre pressures on Seb’s car, because they never resolved why it failed last year.
6. Will other teams try Ferrari-syle slingshots down the back straight in qualifying?
7. The turn towards the end of the lap, after the cars go under the hotel, usually has its fair share of near misses as cars kiss the wall on exit. Will someone give it a major whack this year? And will they put some special, collectible Astroturf down there for Lewis…