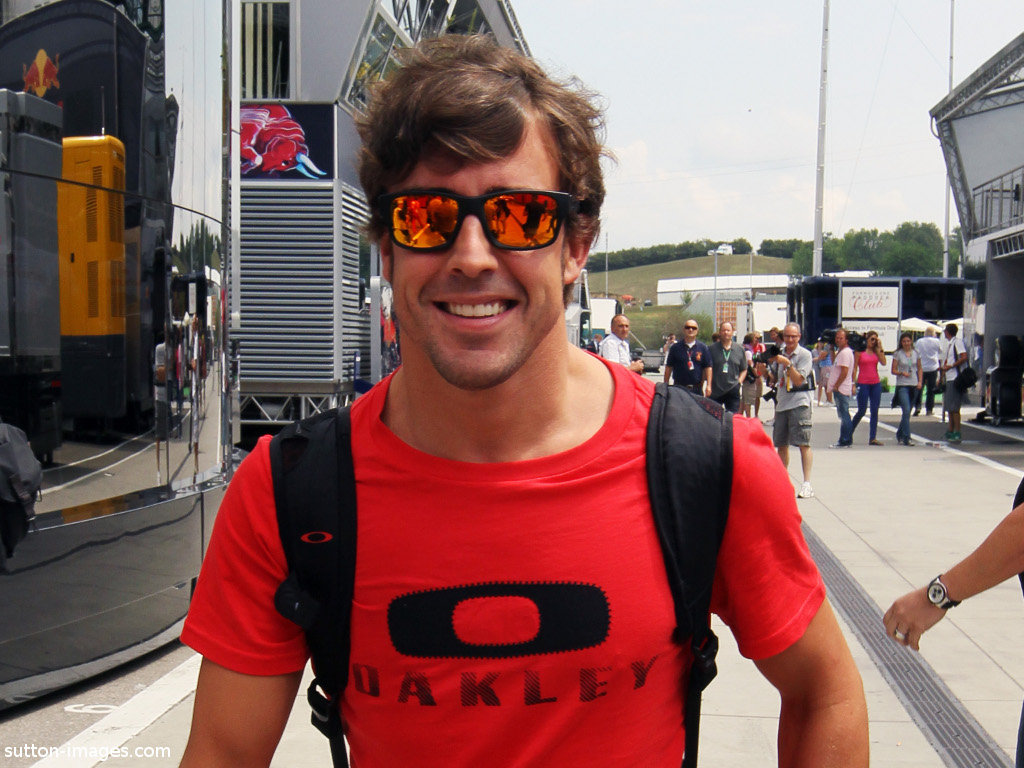 Jaime Alguersuari believes that Fernando Alonso will continue to lead the pack when the F1 season resumes in Belgium.
Alonso headed into the mid-season break with a 40 point lead over second-placed Mark Webber, with the Spaniard starring despite not having the quickest car on the grid.
With hostilities resuming this weekend, Alguersuari feels that the Ferrari man will once again come to the fore.
“There hasn’t been a dominant team this season so it’s difficult to predict who will run well at Spa but Fernando Alonso is looking best placed at the moment,” Alguersuari wrote in his column for the BBC.
“He has done a fantastic job to keep his title hopes alive with a car that was not competitive at the start of the year.
“Alonso has done that through consistency; a bad result for him is fifth place. This is what you want – you don’t need to always be fastest, you just want to always be quick.
“McLaren have clearly improved their car after strong performances in the last two races, while Red Bull have shown that they are there or thereabouts.
“Then you have the Lotuses who have scored big points all season and you feel there is something big to come from Kimi Raikkonen or Romain Grosjean. It’s so close to call.”
It was confirmed last week that Spa will remain on the F1 calendar until at least 2015, a decision that has been met with great joy and Alguersuari is one of those happy to see the track’s future secured.
“I think it’s great news that Spa has extended its contract to host the Belgian Grand Prix for a further three seasons,” said the 22-year-old.
I’m a big fan of the new circuits that we have been going to in recent years because safety is important and these new venues have high standards. However, it is easy to find the limit because there are plenty of big run-off areas.
At historic tracks like Silverstone, Monza and Spa, you feel like everything is just a bit more challenging. There’s not much room and you will hit the wall if you make a mistake so those circuits are a greater challenge for drivers.”