Home Uncategorized Alguersuari: Title is not yet Vettel’s 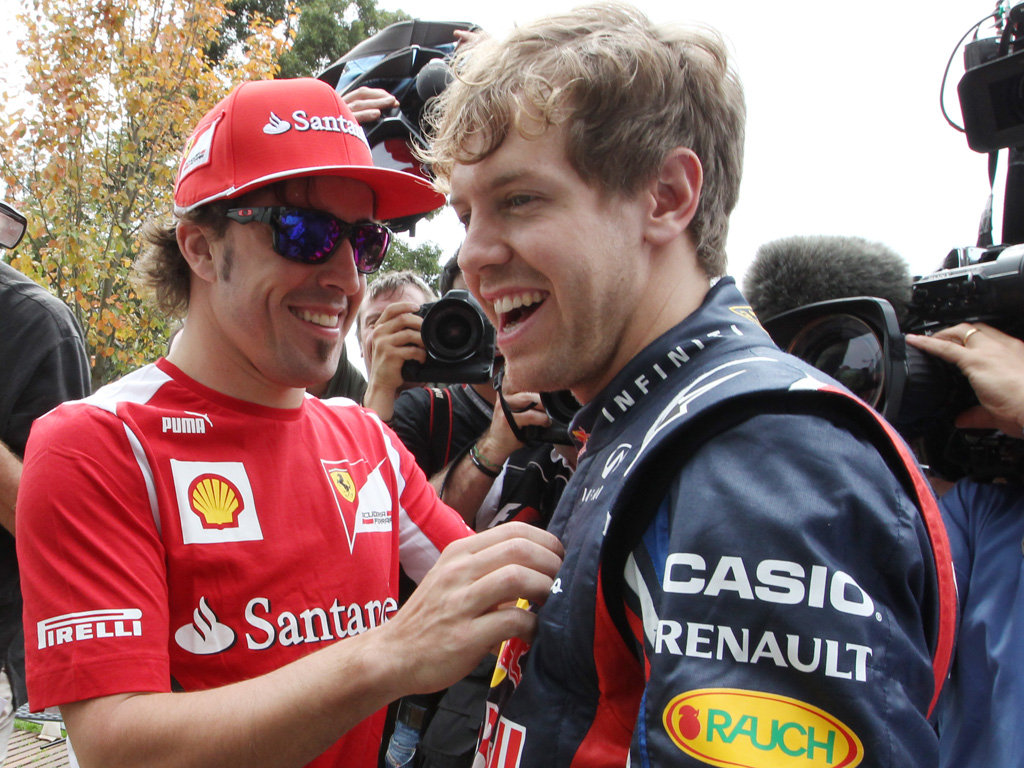 Jaime Alguersuari believes Sebastian Vettel doesn’t yet have a hold on the title as “being the fastest” is not the only thing that matters.

With three victories in three grands prix, Vettel has jumped to the top of the Drivers’ standings where he now leads Fernando Alonso by six points.

And although there are some who reckon Red Bull’s rise to the top has signaled the end of the Spaniard’s charge, former F1 racer Alguersuari is adamant the pendulum has not swung for the last time.

“This Formula 1 season has changed so fast that it would be premature to jump to too many conclusions following Sebastian Vettel’s victory in Korea, which put him ahead of Fernando Alonso in the race for the championship,” he wrote in his BBC column.

“At the start of the year, all the teams were so close, but as the season has gone on we have seen a huge development from the top three teams, especially Red Bull and McLaren, and they have stretched clear.

“Everybody has had ups and downs. McLaren started very strongly, but then struggled a bit in mid-season, before coming back for another strong run in the final European races.

“Alonso has been consistent and scoring as many points as he could, as well as producing some fantastic racing that allowed him to lead the championship.

“For most of the season, Red Bull were quite strong but were struggling a little bit with consistency and reliability.

“But heading into the Asian races in Singapore, Japan and Korea, Red Bull have sorted out these problems, made a step forward with the car and are back in form.

“They have the fastest car and are performing as they thought they were going to from the start of the season.”

But despite Red Bull’s rise to the top, Alguersuari insists all is not lost for Alonso and Ferrari.

“Alonso said after the race in Korea that he was still “very optimistic” he could win the title, and he is absolutely right to feel that way.

“You have to analyse the reality – McLaren out-performed everyone in some parts of the championship, but not all of it.

“For Alonso, it looked like there was a pack of races that he just controlled, and everyone thought he was going to win it.

“And now Red Bull have come to a part of the season where they are controlling everything and everyone thinks they are going to win it.

He added: “There are four races left and anything can happen. It is not just a matter of going out there and being the fastest.”