Home Uncategorized All ‘okay’ but none are ecstatic 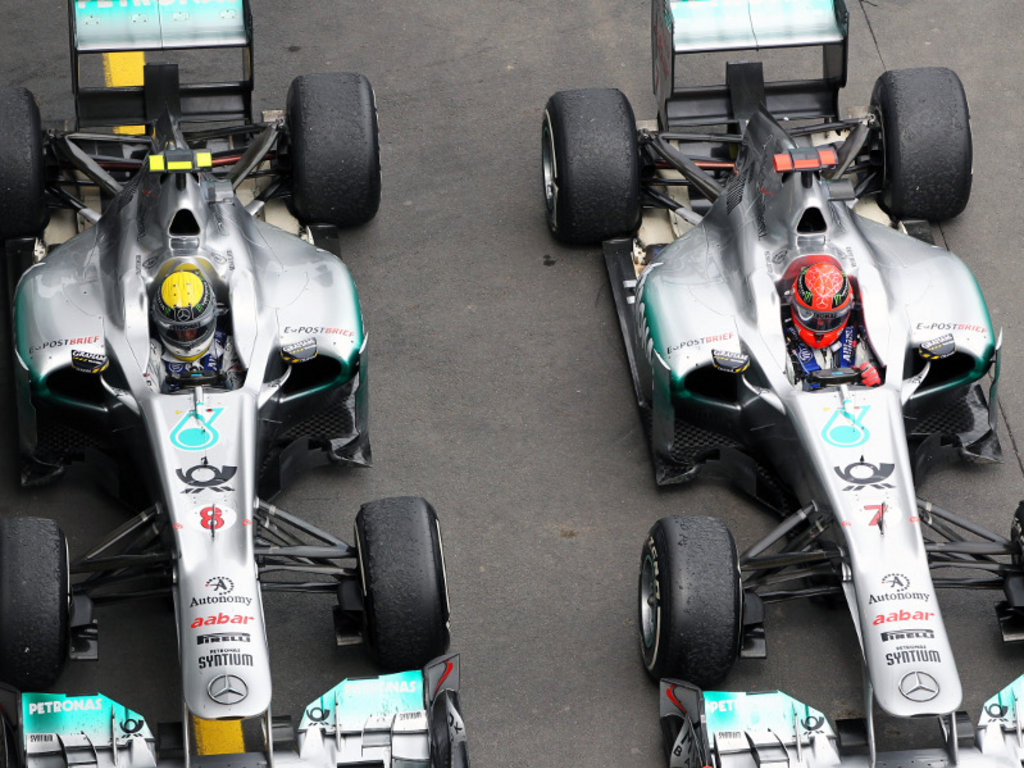 It appears as if everyone at Mercedes GP felt Sunday’s German GP result was “okay”, although it must be said that no one was very happy…

It appears as if everyone at Mercedes GP felt Sunday’s German GP result was “okay”, although it must be said that no one was very happy.

After showing improved pace last time out in Britain, Mercedes GP had hoped to cement that this weekend at the Nurburging.

But instead the team brought their two cars home in seventh and eighth places, not a great result for a team hoping to mix it up at the front.

Nico Rosberg finished in seventh place, bagging another six points towards his campaign, but even he conceded it was far from perfect.

“I had a good start to the race today and made up one position on the first lap to be running in fifth place. However I didn’t have a perfect set-up today and the car wasn’t working quite as well as in qualifying,” he said.

“I had some good battles with Massa but despite pushing hard, it was impossible to keep him behind me. Seventh place is okay but we know that we have some work to do to maximise our latest upgrades in the race.

“I have a great team behind me, both the engineers and the boys in the garage, so I am confident that we will do this and we will see what happens next week in Hungary.”

As for Michael Schumacher, he may have scored points in what he billed as a “pretty exciting” grand prix but there were still errors from the German.

“It was a pretty exciting race today with lots of action for both the spectators and the drivers. Hopefully everyone in the grandstands was entertained and it made up for the cold temperatures a little. My spin caught me by complete surprise, but that spot is known to be tricky in wet conditions, even if the conditions were not so wet today.

“Anyway, it obviously cost me some positions which was a shame. Towards the end, rain could have helped but the chances were low so I did not count on it.

“All in all, I am okay with the race. With the little improvements we have made, we can look forward to Hungary now.”

Meanwhile, team boss Ross Brawn did see a glimmer of light as the team outscored main rivals Renault by 10 points to one.

“Things looked pretty good for us in the early stages of the race, with Nico running strongly in the top six, and he seemed set for a top six finish. However, the pace was not there in the third stint, which cost him a position.

“As for Michael, we believe that he braked on a damp patch on the way into turn 10, which caused him to spin. After that, he drove a strong recovery to finish less than ten seconds behind Nico.

“We saw some good racing all through the field today, with our drivers involved in plenty of it, and scored a few more important points for our Championship position.”