Home Uncategorized All smiles between Vettel and Raikkonen 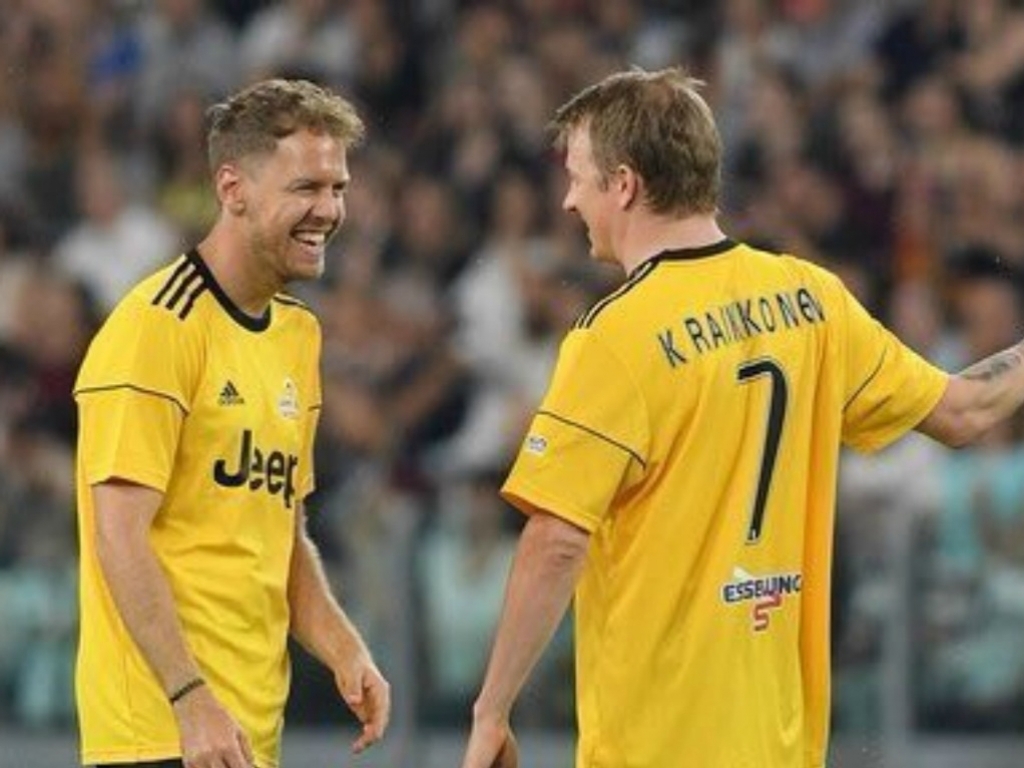 There does not appear to be any fall-out from the Monaco Grand Prix as Sebastian Vettel and Kimi Raikkonen took part in a charity football match this week.

Raikkonen understandably cut a very frustrated figure in Monte Carlo after seeing a first Formula 1 win since 2013 slip through his fingers.

‘The Ice Man’ had secured his first pole position in nine years in a thrilling qualifying session in Monaco. However, the decision to pit him early in the race allowed Vettel to put his foot down and storm to a third victory of the season.

But the Finn looked to be in good spirits as the duo lined up on the same team at a Juventus charity match and got the scoresheet with a tidy close-range finish as well.