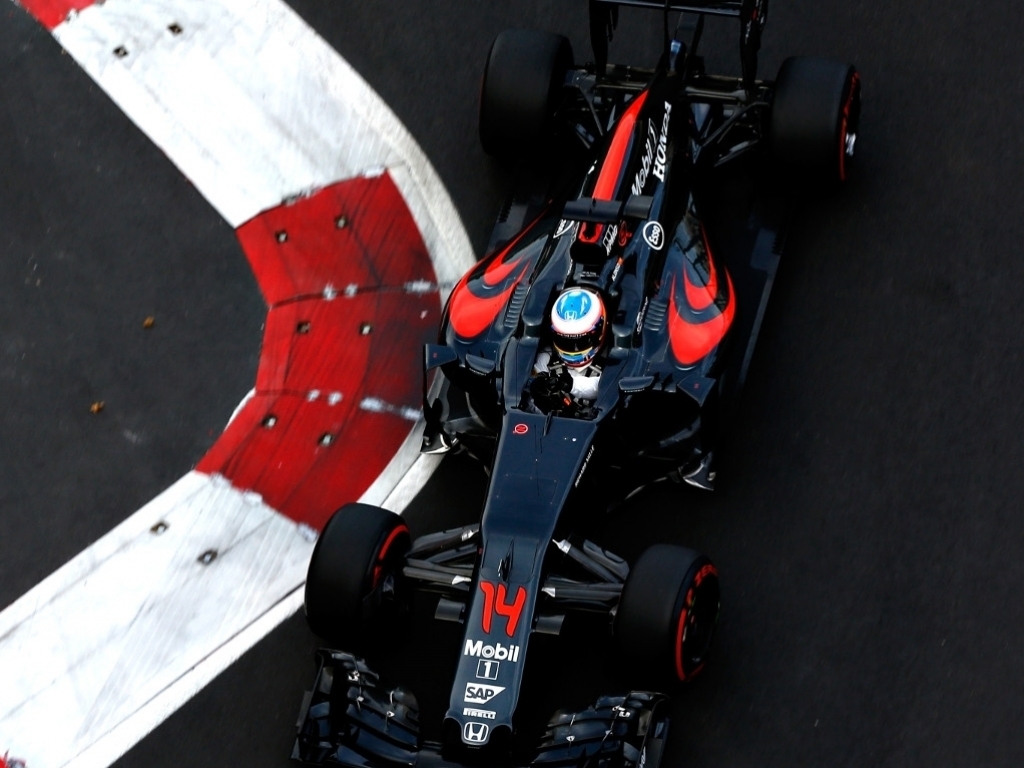 Although Fernando Alonso is “remaining positive and optimistic”, that’s for next year, with the Spaniard admitting that P4, and even P5, may be a step too far this season.

The double World Champion and his team-mate Jenson Button have scored 24 points to date this season with Alonso’s P5 in Monaco McLaren’s best result.

Their results have left them down in seventh place in the Constructors’ Championship, 68 short of fourth-placed Williams.

And although there is plenty of time to catch Williams or even fifth-placed Force India, Alonso admits they are probably unreachable for McLaren.

“That’s too optimistic, with some of the circuits that remain, which will be good for Williams and Force India,” he said in an interview with Sky Sports F1.

“We need to be more or less happy, we need to be proud of the progress the team has made in the last 12 months, but we have to keep our feet on the ground knowing that being champions will require a lot more – there’s still a long way to go.

“I’m remaining positive and optimistic for next year, because the direction is definitely a good one, but we need to accelerate somehow this process.”

The double World Champion was asked to weigh in on McLaren’s 2017 driver line-up.

At present Alonso is the only driver with a firm contract for next season with Jenson Button and Stoffel Vandoorne vying to be his team-mate.

Alonso, though, says it is not a decision in which he has any sway.

“I will be always completely outside these decisions.

“One day I will receive a call from Ron or from Eric saying in a few hours time we will announce this driver and I will say thanks for calling me before the annoying from the press.

“That will be my only timing.”