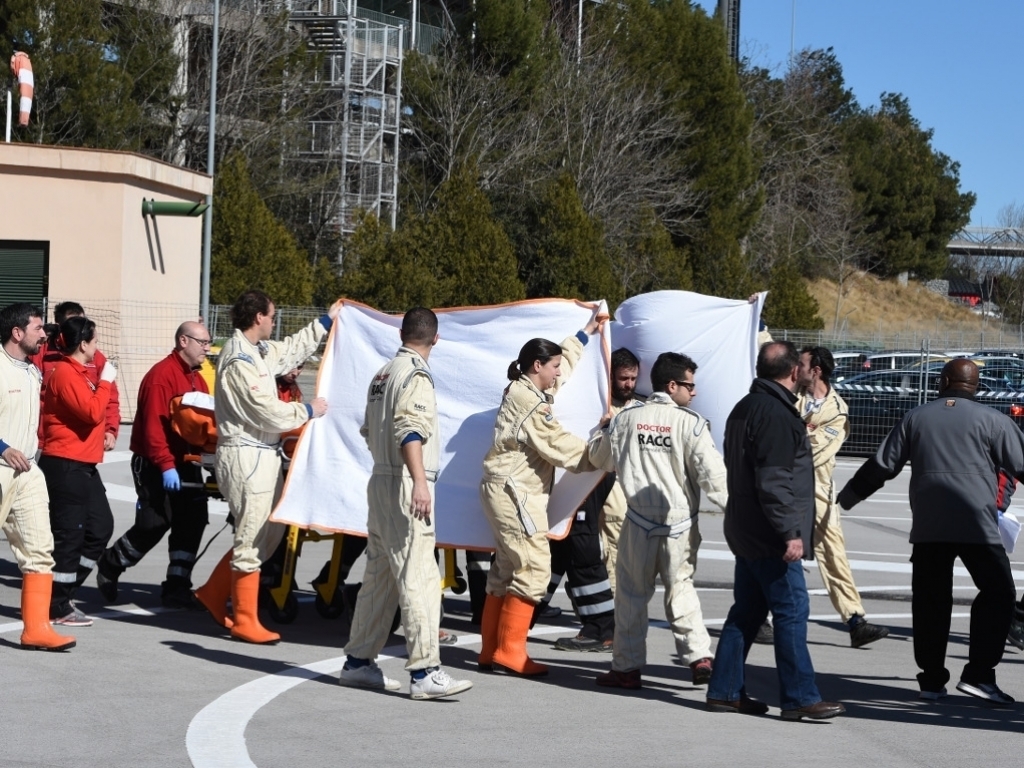 Fernando Alonso's manager, Luis Garcia Abad, has assured the F1 community that the Spaniard is "ok" after he was airlifted to hospital following a crash on Sunday.

The double World Champion smashed into the wall between Turns 3 and 4 shortly before the midday lunch break on the final day of testing at the Circuit de Barcelona-Catalunya.

He was immediately rushed to the circuit's medical centre by ambulance before being transferred to the Hospital General de Catalunya via helicopter for further checks.

The track's official twitter feed reported that he is "ok and conscious" and his manager Garcia Abad later added that "Fernando is OK and conscious. Thank you!"

McLaren later added: "He was conscious and spoke with the doctors.

"However, as per usual procedure in such circumstances, he was then airlifted to hospital where he is undergoing precautionary checks."

Alonso lost control at the exit of the corner and hit the barriers, but his McLaren-Honda appeared to have minimal damage with the car left without a front wing and some right-rear wheel damage.

Rival outfits have all sent their best wishes to the Spaniard with his former team Ferrari tweeting: "All the best Fernando."