Home Uncategorized Alonso: Anything can happen 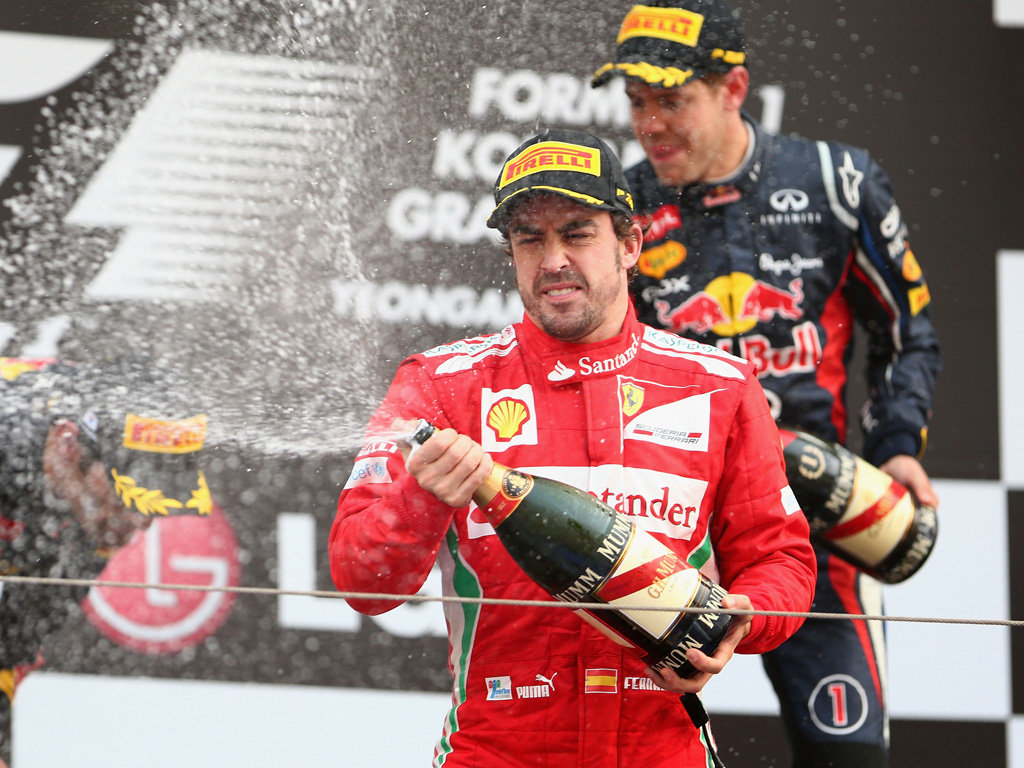 Fernando Alonso says he’s not worried about Seb Vettel’s impressive run continuing as “inevitably sooner or later something has to happen.”

The reigning World Champion has emerged as the driver to beat in recent races, claiming three victories in three race weekend to take the lead in the Drivers’ Championship.

With four grands prix remaining this season, Vettel now holds a six-point advantage over Alonso have edged him in Korea where the Ferrari driver could only manage third.

“I am no longer leading the Championship,” said Alonso, “but being six points down does not mean much, just as it did not mean much being four points up going into this race.

“There are a hundred points up for grabs and everything will depend on how much we can improve over the coming races.

“Here we were much closer to the lead than we were in Singapore and nearer than in Suzuka, so we must continue in this direction.”

But while Ferrari have been closer, Red Bull have dominated in recent weeks with Vettel’s hat-trick. Alonso, though, says it won’t last forever.

“Vettel’s three wins in a row? Well, he and Red Bull have had three perfect weekends so congratulations for that, but when everything goes smoothly for so long, inevitably sooner or later something has to happen.

“We are right in the fight for the title with a car that has never been the fastest. It seems we are capable of doing something good too, don’t you think.”