Home Uncategorized Alonso: Barcelona is key but not decisive 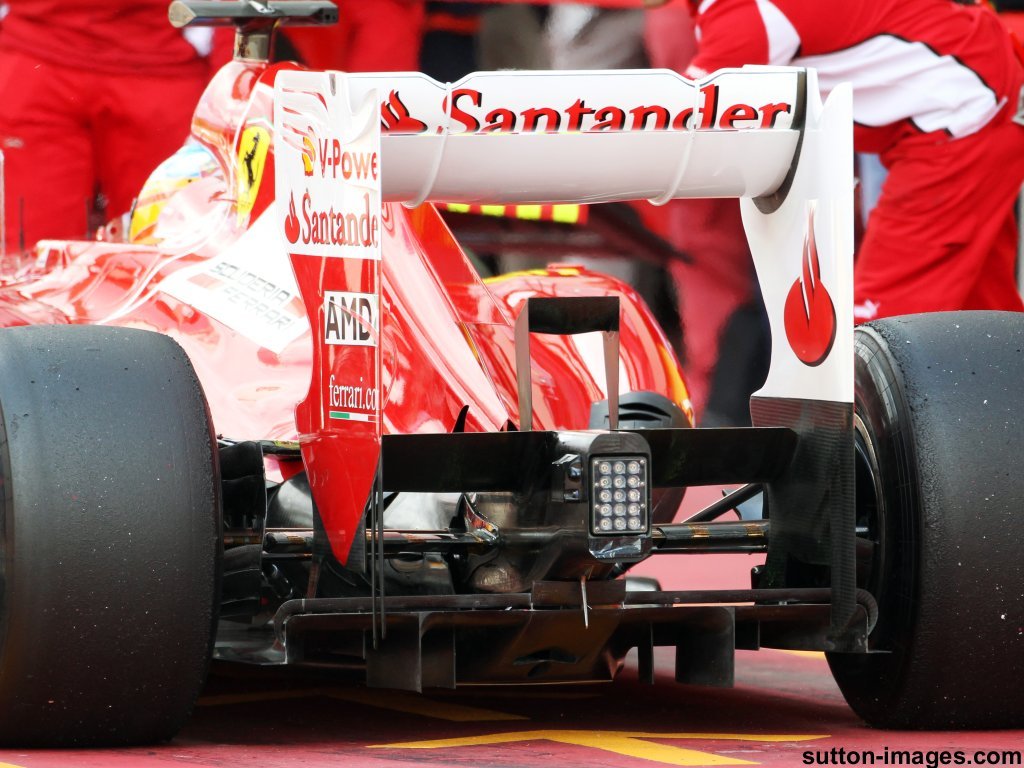 Although Fernando Alonso admits there is a lot riding on Ferrari’s next outing, the Spanish GP, he is adamant that it is not a must win…

Although Fernando Alonso admits there is a lot riding on Ferrari’s next outing, the Spanish GP, he is adamant that it is not a must win.

Ferrari were in action at Mugello this week, taking part in a three-day in-season test, during which the Italian stable introduced several updates for their F2012.

The revised car features a new exhaust concept and rear bodywork, although not all the updates expected for the Spanish GP were fitted to the car with Alonso explaining that team felt that more time in the wind tunnel was better than more time on the track.

“The feeling I have after the test is a positive one. We have introduced a few small, and I stress that word, aerodynamic updates, that have produced the response we were expecting and that is the most positive news, which means I am confident for the future, in the short and the long term,” Alonso said.

“It means that what we see in the factory in Maranello has now also been confirmed on track. Furthermore, we have worked on other areas, especially the tyres, doing short and long runs, on set-up and also on starts, given we were also trying out a new clutch.

“I cannot say if at Mugello we can claim to have made up some ground, but in Barcelona, we will have more important updates and we hope that there, we can begin to close down the gap that separates us from the teams currently at the top.

“We have decided to favour development time in the wind tunnel rather than bringing forward all the new components to this test. Sure, it would be nice to be able to test all the updates on track first, but it is also nice that we can count on all the possible development potential for every single part.”

The Spaniard was quick to point out that Ferrari are not expecting miracles at the next race in Barcelona. In fact, all they are hoping for is a step in the right direction and a gradual progression to the front of the field.

“Barcelona will be a key moment in the season, but not a decisive one,” he said. “It’s not a case that we will suddenly find ourselves back on pole position, because there is no magic button.

“We must start by no longer struggling to get through to Q3 and get closer to the top six, then continue with development in the following races, making a step forward in Monaco, Canada and Valencia also.

“That is the only way in which we can contemplate finding these seven or nine tenths – it’s hard to assess exactly how far off we are on the basis of the first races – which separate us from the leaders.

“Certainly, I am not denying that next weekend’s event is a significant one: we cannot allow ourselves to struggle to get into Q3 if we want to fight for the title.”

Alonso’s first run in his revised F2012 did not go according to plan on Thursday as the Spaniard crashed at Turn 12, damaging the front left corner and the front wing of the car. Significantly, it took Ferrari two and a half hours to repair the damage.

“I want to put everyone’s mind at rest, my family and friends: I’m fine, no harm done after hitting the crash barrier at seven kilometres an hour,” Alonso said with a touch of irony.

“We made up for the time lost this morning in the afternoon in terms of quantity, given that the final mileage is more or less what we had planned for, but not in terms of quality, because the track had changed this afternoon, mainly because of the wind.”