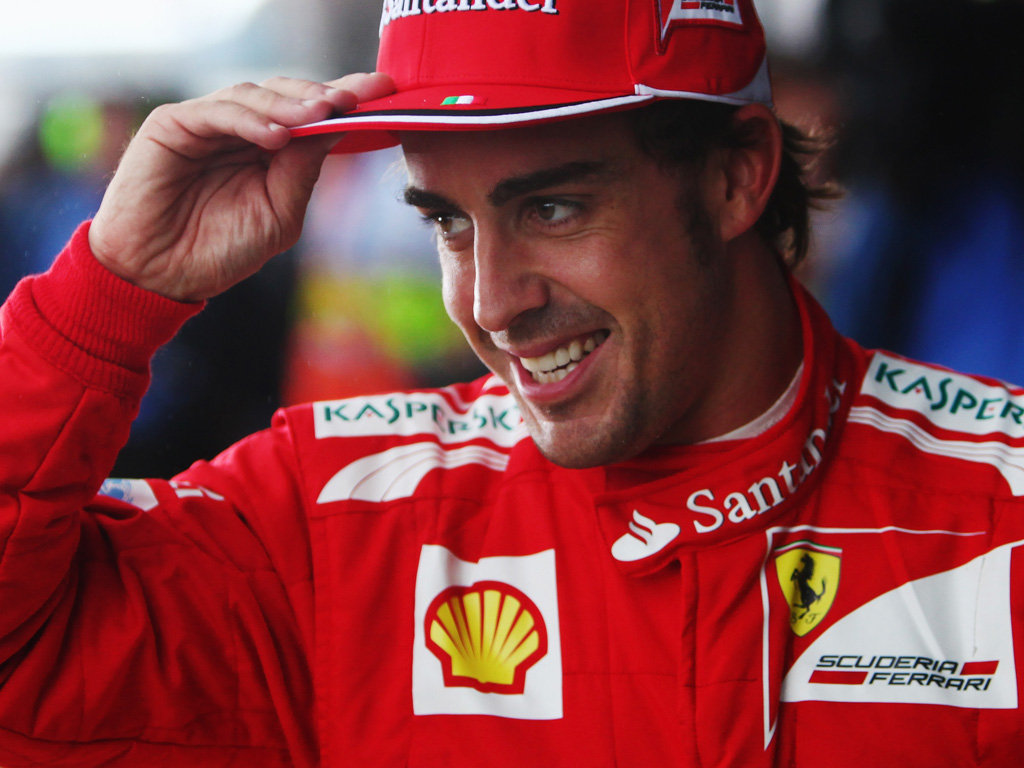 Fernando Alonso says he’s in top form and in top shape as he looks to extend his lead in the Drivers’ Championship in Germany….

Fernando Alonso says he’s in top form and in top shape as he looks to extend his lead in the Drivers’ Championship in Germany.

Halfway through his 12th season in Formula One, the double World Champion has once again found himself firmly in the hunt for the Drivers’ title, leading the race by 13 points.

However, unlike in seasons by, this year Alonso reckons he’s in top physical condition as the Spaniard is not only well prepared but has also shrugged off the leg and shoulder pain that hampered him in the past.

“Physically it’s my best year so far. In previous years I’ve had to race with pain, whether it’s in my leg or my shoulder, but so far this year it has been 100 percent in every race,” the Ferrari driver said.

“Hopefully it will stay like this. Obviously a driver’s life is not normal as we don’t go to an office for eight hours so we wake up and have four or five hours of training.

“That’s something I enjoy but yes, so far I’ve been in the best condition of my career.

“In Formula 1 you are probably a better driver every year because you improve and you constantly learn from mistakes so I’m sure next year will be better. But it’s true that this championship has been good for us so far.

“I remember a mistake in Q2 in Australia where I touched the grass in Turn 1 and I spun. But apart from that mistake I probably wouldn’t change too many things about what I’ve done so far.

“This is good news because there are always mistakes here and there so I’m quite pleased with my performance.”

Alonso, though, concedes it won’t be easy holding onto his lead in the standings as he’s up against the speed of Red Bull, who he reckons has the quickest car on the grid.

“It’s more or less the same as the last four or five grands prix,” Alonso said.

“Whoever is leading the championship is not a big factor at the moment because everything is changing so quickly, positions in the weekends are never the same and it’s always a bit of a mix.

“So I’m approaching this grand prix in the same way, trying to maximise what we have in our hands and trying to test some new updates on the car which we hope will work.

“It’s true that Red Bull have perhaps been quicker than everybody not just in the last two or three races but ever since Bahrain. They missed pole position in Barcelona and Silverstone but the rest of the poles have all been Red Bull.

“So they are definitely a bit ahead in terms of performance and we need to catch up.”