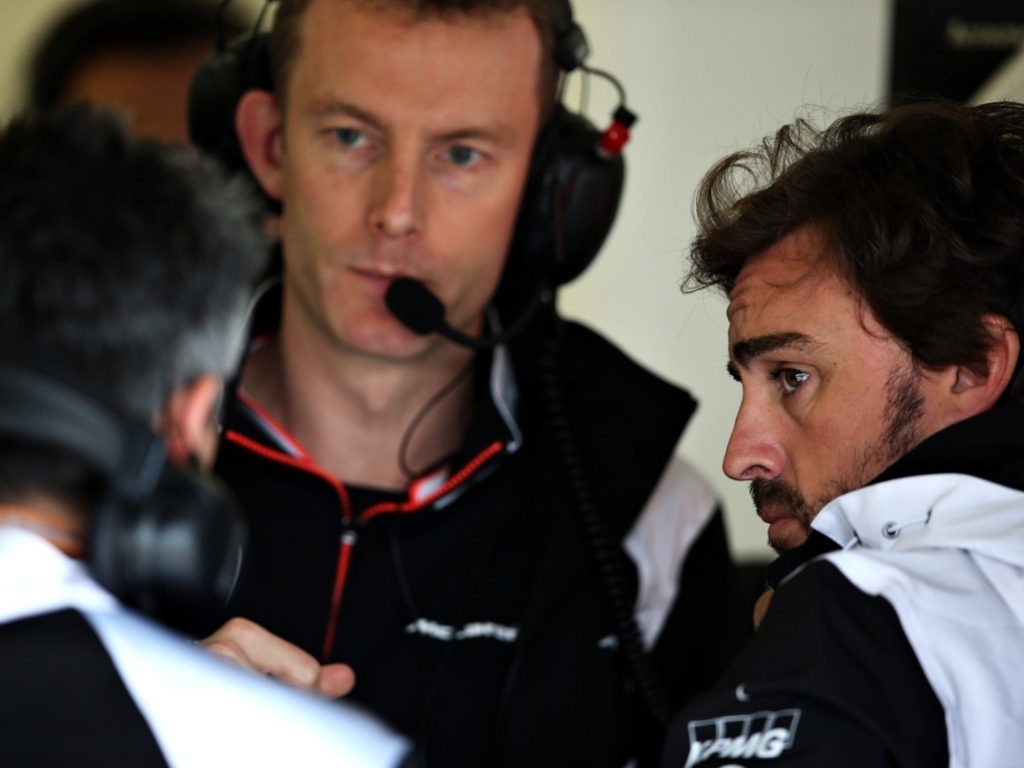 Fernando Alonso says McLaren-Honda will hopefully give Flavio Briatore “some satisfaction next year” after his manager questioned the decision to join the team.

Briatore reportedly told an Italian radio station that it was “a little my fault” that Alonso had joined McLaren as he “thought Honda would be competitive before now.”

The Spaniard has brushed off the comments.

“I don’t know why he said that,” Alonso told Sky Sports F1. “He was one of the people who persuaded me to join the project.

“But hopefully we can give him some satisfaction next year.

“He’s definitely sad for the performance that the team shows after convincing him as well of joining the project.”

He once again insisted that he does not regret leaving Ferrari.

“There are no regrets,” he added. “When you finish something in one place it’s time to leave it, that’s my feeling about leaving Ferrari.

“I think I did my best there and was the perfect time to finish on a high.”

The double World Champion is determined to do his best with McLaren-Honda and assist the team in turning their fortunes around.

Although there has been definite progress this season, Alonso says he won’t be taking a break over the summer holiday as he wants to keep driving the process.

“I want to win everything I want to do in life. I count the days to the next grand prix and the next opportunity,” he added.

“No doubt there are frustrations. I am on top of everyone to make sure they are not relaxed and they don’t take too many holidays because I don’t take holidays.”