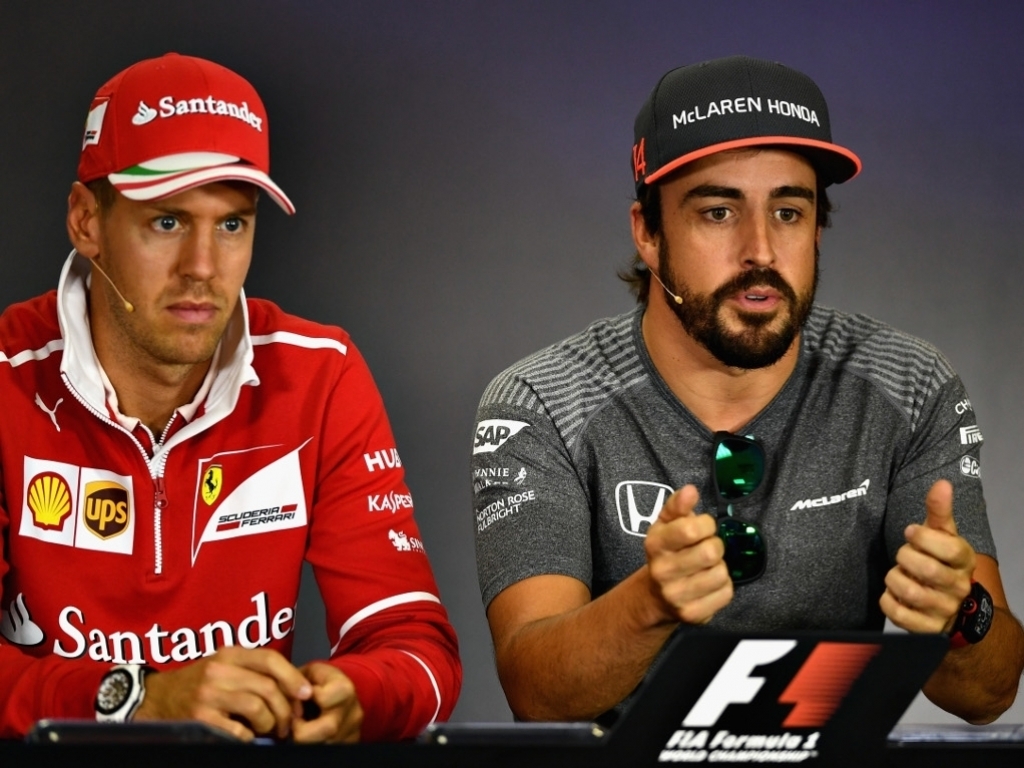 Fernando Alonso has shrugged off Sebastian Vettel’s complaints about his driving at the Malaysian GP, saying “blue flags” has been heard “many times” by the German.

Vettel was unhappy with Alonso at Sepang on Sunday, feeling that the McLaren driver had involved himself in the battle for third with Daniel Ricciardo.

“Come on Alonso,” Vettel bemoaned over team radio. “I thought you were better than that.”

He later added: “Fernando decided to jump in the middle. I think he said when he left Ferrari that he was a Ferrari fan but today he didn’t act like one.”

Alonso, though, has brushed off Vettel’s complaints.

“For me on the car it looks okay, but we heard many times ‘blue flags, blue flags’ from him so probably it’s one of those.”