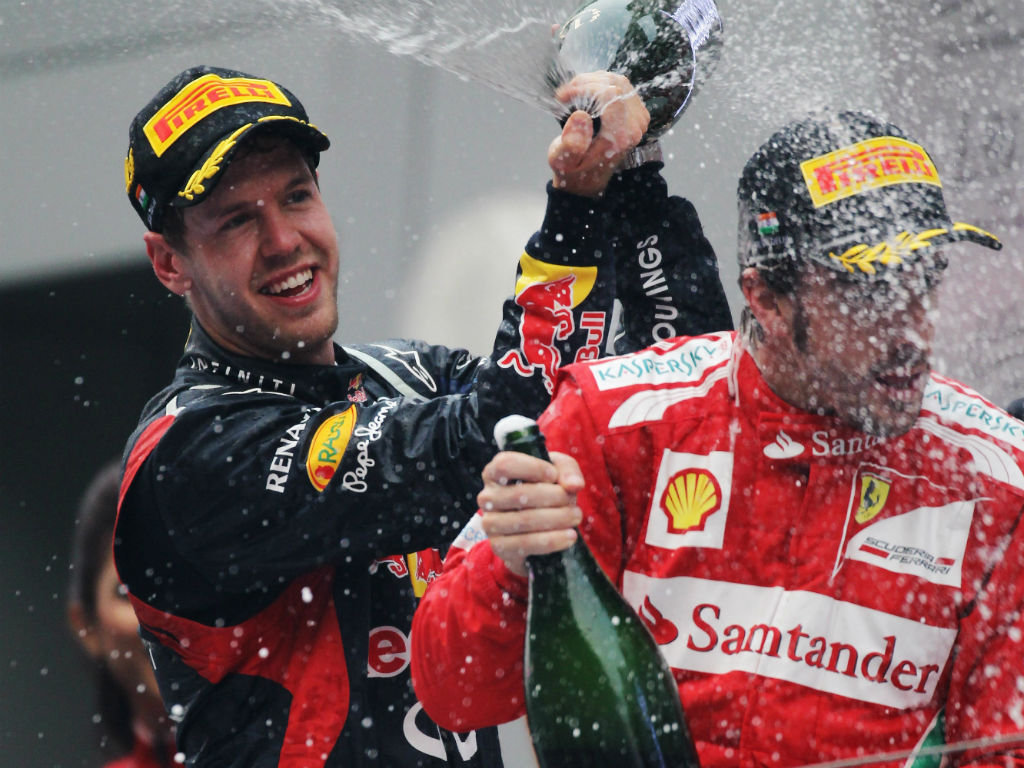 Fernando Alonso believes Ferrari have reasons be happy after India as while he dropped points to Seb Vettel, he dropped the least possible…

Fernando Alonso believes Ferrari have reasojns to be happy after India as while he dropped points to Sebastian Vettel, he dropped the least number possible.

Starting fifth on the grid, Alonso made short work of the two McLaren drivers before hunting down Mark Webber, who was running a distant second to Vettel.

It took the Spaniard some time to make the move but eventually he climbed to second, negating the buffer that Red Bull had hoped to keep between their Championship leader and Alonso.

However, with Vettel ten seconds up the road and ten laps remaining, Alonso had to settle for second best. But it’s a result he’ll happily take on a weekend when Red Bull were undoubtedly superior.

“It is not easy to fight Red Bull but we will never give up,” he said.

“Well done Red Bull and Sebastian but we want to be happy in Brazil, not only here. I am sure we will do it.

“We lost points but this is what we expected this weekend as we are not fast enough but we lost minimum points and there will be better races to come.

“We were fast in a straight line but still missing grip in the corners – hopefully that will come in the next few races.”