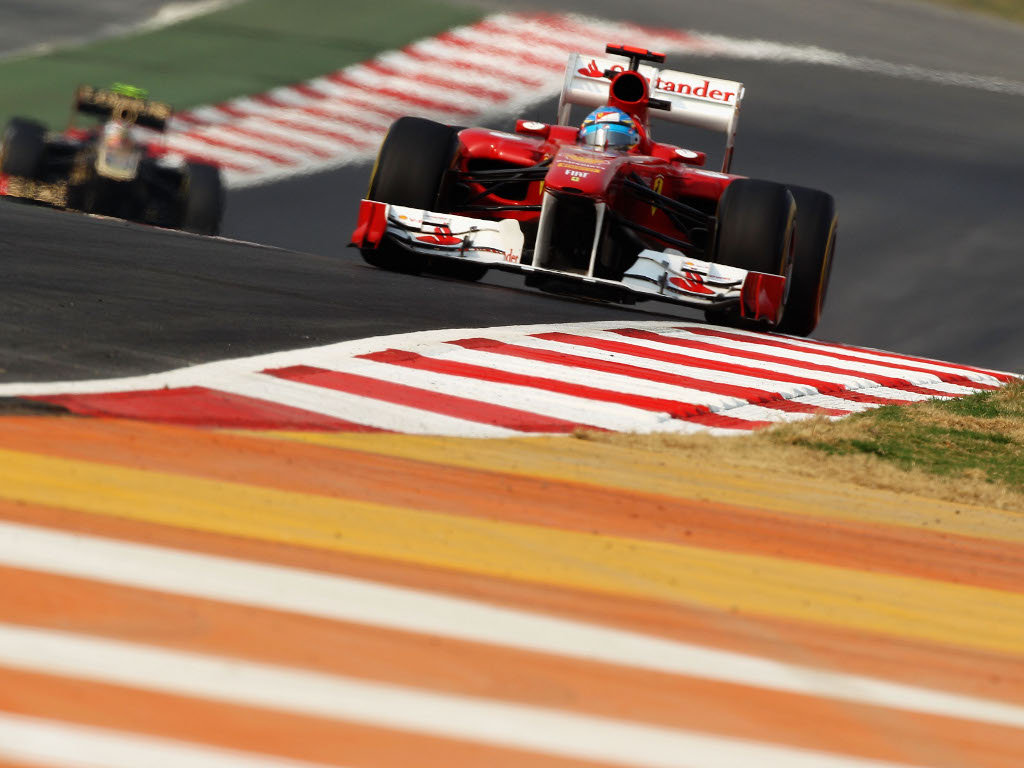 Fernando Alonso is upbeat about his chances of a top-three result in the Indian GP having put in a strong performance in qualifying.

The double World Champ, who has just one win to his tally this season in what has been a difficult campaign for Ferrari, posted the fourth best time in Saturday’s qualifying at the new Buddh International circuit.

However, he will start the race from third on the grid in light of Lewis Hamilton’s penalty.

“It was important to get onto the front two rows, as it’s easier to fight for a good result from here,” he said.

“It would be very nice to bring home one of the trophies that will be handed out to those who make it to the podium on Formula 1’s debut in India.

“I came very close to the front row, which is a bit of a surprise. In recent qualifying sessions, we have not managed to get as close as this to our main rivals and already yesterday we looked reasonably competitive.

“Usually, on Sunday our performance level is better but that does not automatically mean that we will be fighting for the win. There are too many unknowns, even more than usual and then, we have seen how things can change from one track to another.

“In Suzuka, we came within a whisker of the win and in Singapore we were not competitive. We will be doing our best, that’s for sure.”

Alonso also downplayed his P3 on the grid despite many predicting that those on the clean side, which is where pole position is situated, will have a clear advantage.

“I don’t think there’s much of a difference between the two vertical lines of the grid because the ideal line on the start-finish straight goes down the middle, so both sides are quite dirty.

“In fact the dirt off the racing line could be a problem for overtaking with whoever initiates the move having to give it everything without hesitating. So far, this weekend has gone as expected and now we will try and do a good job tomorrow.”