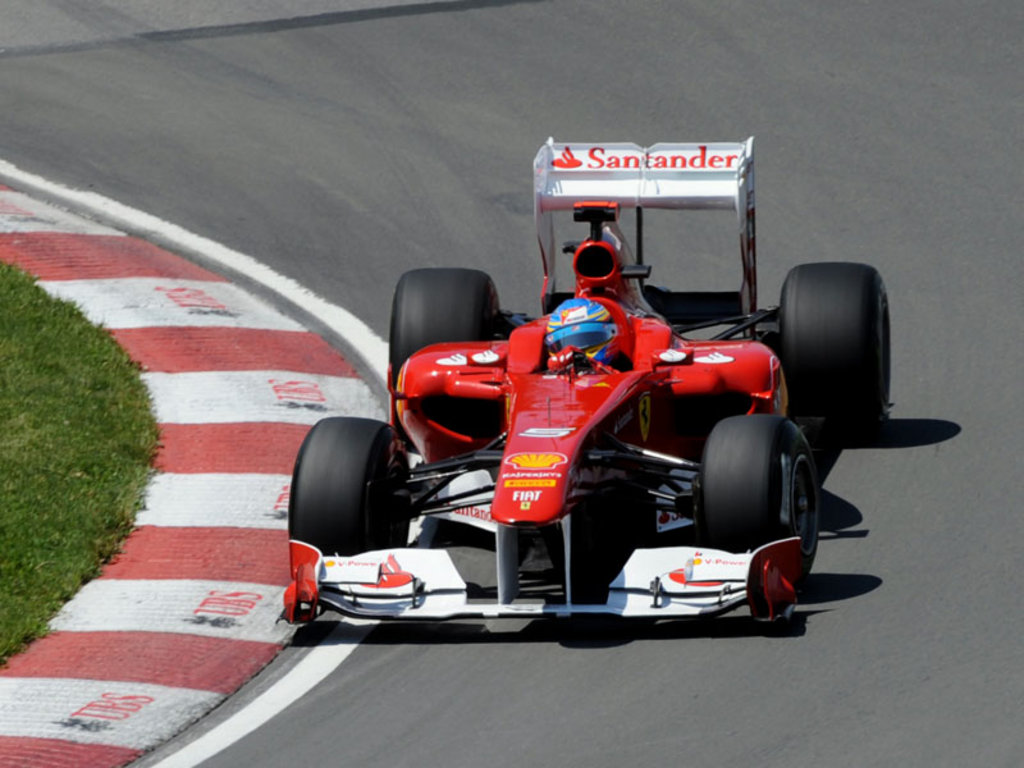 Fernando Alonso insists he’s not completely out of the title race, but he does concede he needs a few mistakes from Red Bull to close the gap…

Fernando Alonso insists he’s not completely out of the title race, but he does concede he needs a few mistakes from Red Bull to close the gap.

The Ferrari driver has slipped to fifth in the Drivers’ Championship and finds himself 92 points behind pacesetter Sebastian Vettel after he failed to score points at the Canadian Grand Prix.

Alonso though maintains he can pull it off, providing Vettel and Red Bull have a few hiccups along the way.

“No, the title is not gone because mathematically it is still alive,” he said.

“We saw some retirements in the past years, as (Lewis) Hamilton did in Monza and Singapore last year. And if you win two races, and Vettel retires, the gap can close a lot.

“But it is true it is not in our hands, so we just need to concentrate race by race, try to do our best race-by-race, be on podium and try to win some grands prix.

“It up to them (Red Bull Racing) to do some mistakes but, if not, they have a very good position in the Championship.”

It was another disappointing result for Alonso in Canada as he was forced to retire on lap 37 after colliding with McLaren’s Jenson Button on lap.

“In the dry it was very possible [to win]; while in the wet you need to be lucky with the positions,” the Spaniard said.

“At the point when we fitted the intermediates early on we could have won the race, but luck compensates through the year so maybe Valencia is extremely lucky for us and we win. We hope so.”