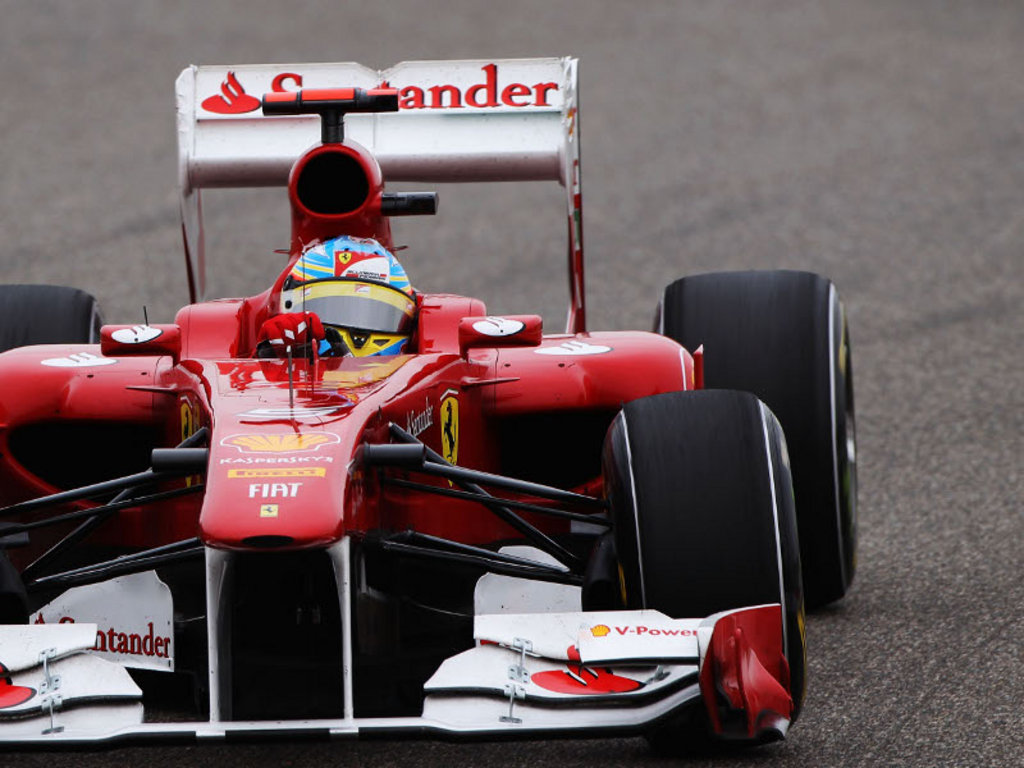 Fernando Alonso is adamant Ferrari will fare better in Sunday’s grand prix than during qualifying in China.

The Spaniard claimed his third P5 in qualifying on Saturday afternoon, once again failing to challenge Sebastian Vettel and the two McLarens.

However, this time round, he was also beaten by Mercedes GP driver Nico Rosberg.

But despite his Ferrari being only the fourth best car in qualifying, Alonso believes he will be stronger in Sunday’s race.

“We are more confident over the race pace than qualy,” Alonso told Autosport. “We saw in the first two races.

“The podium is still the target for us, the dream for us. If we can do it, okay, and if not fourth will be okay, if not fifth will be okay.”

As for the Scuderia’s performance in qualifying, which saw Felipe Massa claim sixth place behind his team-mate, the double World Champion said: “I think we did okay.

“Fifth and sixth at the moment is the maximum we can do with what we have in our hands. We delivered today what we are supposed to deliver.

“We already knew all about Red Bull and McLaren, but here we saw an improvement from Mercedes, so the situation is even more difficult.

“The main thing for us is to improve the car and the expectation for tomorrow is to have a clean race with no problems at the start, no problems in the pit stop, choosing a good strategy and scoring as many points as possible.

“We need the points.”