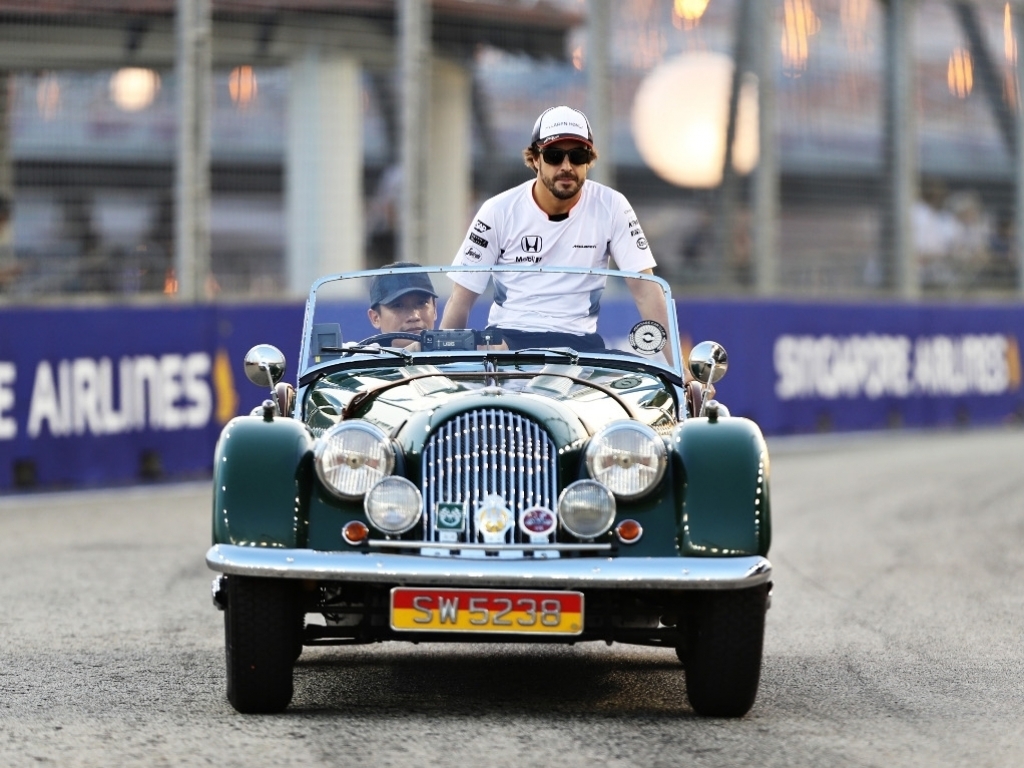 After going from P9 to P5 before the first corner of the Singapore Grand Prix, Fernando Alonso admitted that the thought of a podium finish had crossed his mind.

Involved with on-track battles against Sebastian Vettel and Max Verstappen, Alonso held his own but was ultimately left defenseless as his Honda-powered McLaren couldn’t keep up with the Ferrari and Renault engines.

Still, the double World Champion was pleased with his P7 result and added that were the ‘best of the rest’.

“I was P5, I dreamed about a podium position,” Alonso said.

“If on lap one you are P5 at Singapore. you know that some things always happen in front of you, so maybe P3 was possible even.

“But, yeah, nothing happened today in front of me, and behind they arrived very quickly, Vettel and Verstappen.

“Seventh was, I think, the maximum, best of the rest after the two Mercedes, two Red Bulls, two Ferraris. We were not the fourth-quickest team here, so to make seventh place today, thanks to the strategy and the guys, [makes me] happy.”

His team-mate Jenson Button suffered a somewhat contrasting race as he regrettably retired on the 43rd lap.

“To be fair, it [the race] ended on the first lap,” Button said.

“Got a really good start, pulled alongside Bottas – and then Hulkenberg’s car came across the circuit, I didn’t see it until he was right in front of me, facing the wrong way.

“I had lifted and pulled to the right but there was nowhere really to go to the right. So I tagged Bottas with my front wing, which broke the front wing, and the brake ducts, and the floor.

“Pitted on lap one, got a new nose, new set of tyres, but still, the whole race, car was damaged and I was running with a lot less downforce, balance was completely wrong.

“The reason why we stopped was the brakes. Because of the damaged brake ducts, we were worried about brake failures.”