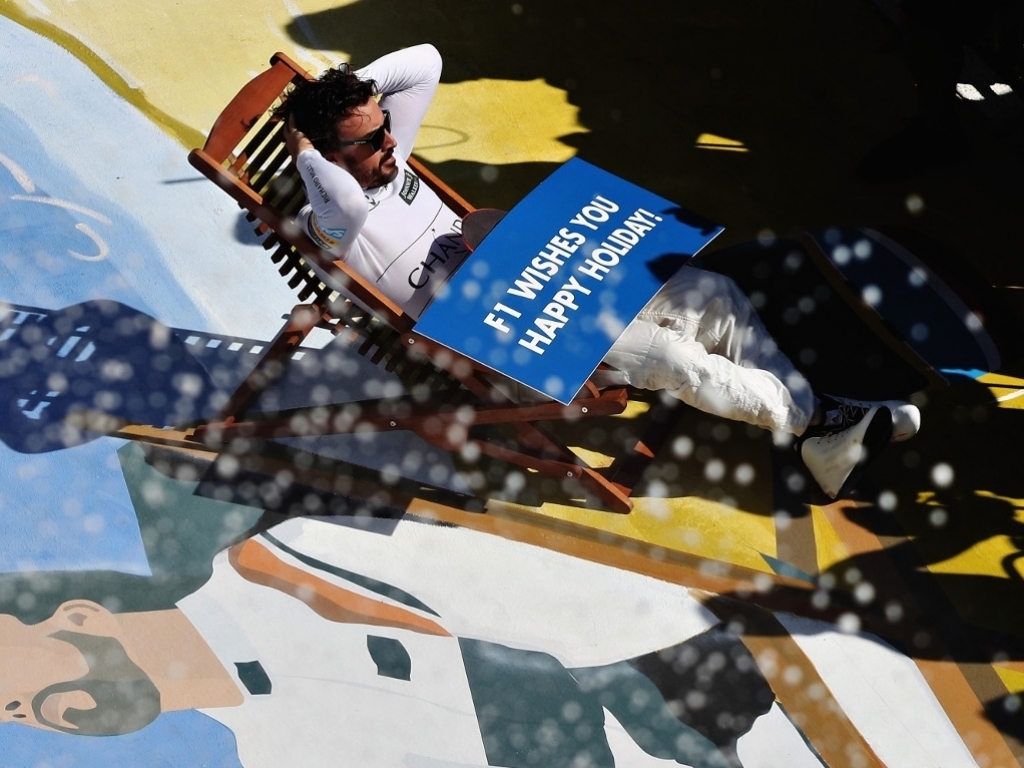 As Sebastian Vettel celebrated his Hungarian GP win, Fernando Alonso recreated one of F1’s iconic shots as he lounged on a deck chair at the end of his grand prix.

The double World Champion trigger a social media storm two years ago when his McLaren broke down in Brazil and he found a chair on which to sun himself as the action continued on the track.

It is an image that F1 fans and pundits have used repeatedly, and now there is another to go with it.

“This image is getting so famous,” he said.

“We are 17th in the Drivers’ Championship with only two points, there is a fantastic battle between Ferrari and Mercedes. So why do we keep being the protagonist in the images?

“It was just to help and wish a good holiday to all the Formula 1 fans. Now we can into the summer break with a smile on our face.”