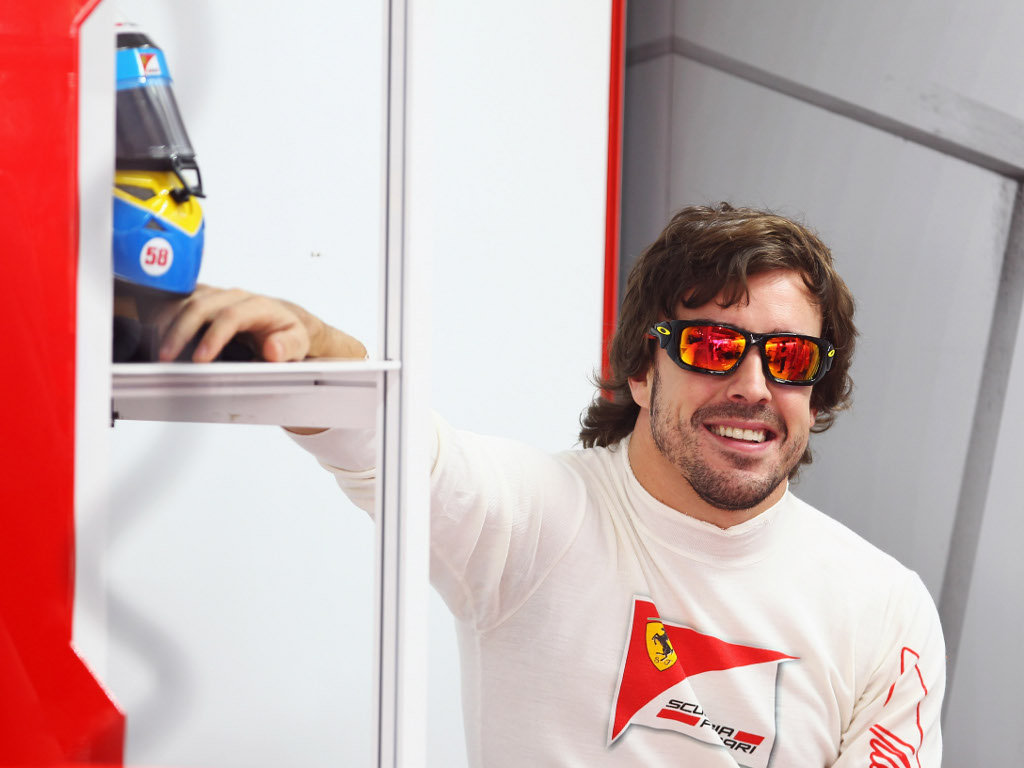 Fernando Alonso may have lost out due to a poor start in India, however, he admits it wasn’t by much as there was no chance of him fighting Seb Vettel…

Fernando Alonso may have lost out due to a poor start in India, however, he admits it wasn’t by much as there was no chance of him fighting Seb Vettel for the win.

Alonso start Sunday’s Indian Grand Prix from third on the grid. But he was soon down to fourth after running wide on the dirty Buddh track and giving Jenson Button the gap needed to take a position.

The Spaniard, though, did bounce back to finish on the podium when he overhauled Red Bull’s Mark Webber in the pit stops.

“We didn’t make a perfect start today,” Alonso said. “To be at a very new circuit and starting on the clean side, we didn’t have the grip that we expected.

“I think the other side of the grid started quicker than us, so we lost a couple of positions there.

“It did not compromise the race as I wasn’t able to fight with Vettel.

“Then with Mark at the second pit stop he decided to stop and then we did two extra laps and we were able to overtake him.

And the Spaniard, like Vettel and Button who were also present in the post-race press conference, paid tribute to Dan Wheldon and Marco Simoncelli.

“As Sebastian and Jenson said, there are mixed feelings this weekend,” he said.

“It has been a sad couple of weeks for motorsport, I think we all raced for them today and will always remember these two fantastic people.”