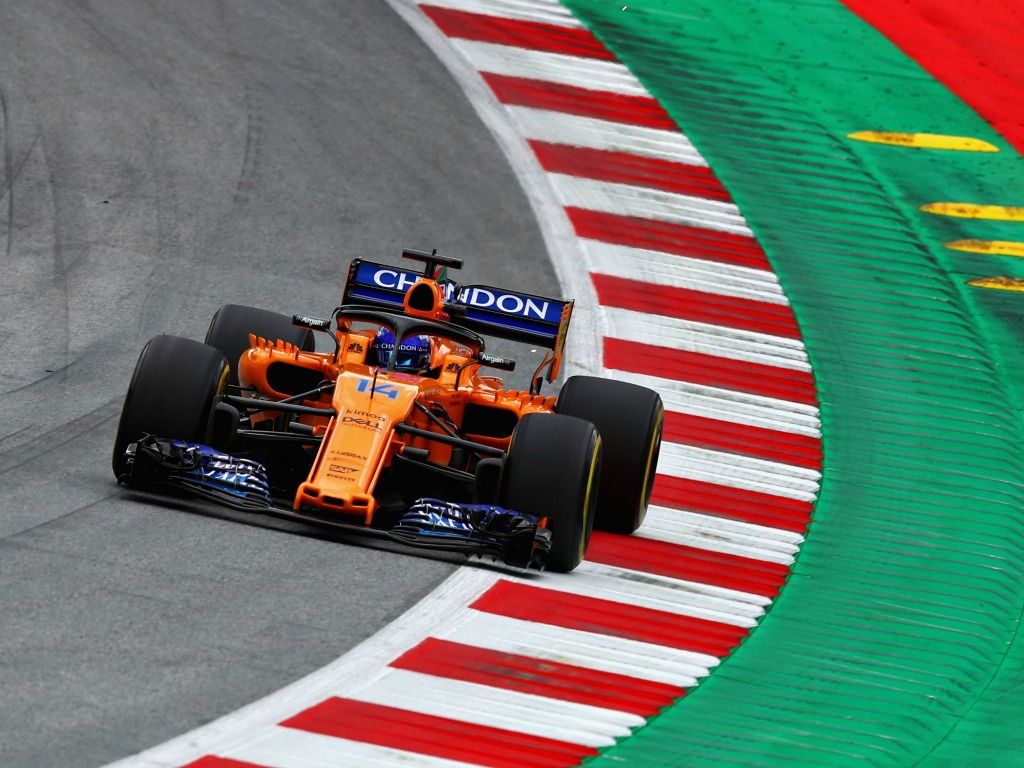 Fernando Alonso hopes to be “in the fight for Q3” in Austria as McLaren aim to take a step in the right direction.

France marked another miserable weekend for Alonso and McLaren, with both cars knocked out in Q1 and the Spaniard retiring on the final lap after a painful afternoon of racing at the Circuit Paul Ricard.

But Alonso is hoping that part two of the triple-header will represent a change in fortune, yet he won’t get carried away with seeing Stoffel Vandoorne finish P10 in FP2 at the Red Bull Ring.

“We’ll have to wait, because in France we were eighth on Friday and then we were uncompetitive so let’s hope we can be in the fight for Q3, or close to it,” Alonso said in the paddock.

“If we are not in Q3, the ultrasoft tyre is the tyre to avoid. It seems that the one-stop strategy is quite simple here because there is a lot of tyre margin.”

Alonso himself was down in P19 in FP2, with his running a little out of sync compared to the others due to damage sustained to his floor.

And the Spaniard described the day as an “intense” one in McLaren’s press release.

He added: “This was a pretty intense day as we had a lot of items to test on the car, especially aero parts.

“We completed the programme, now we just need to analyse the data and make sure we put the best parts on the car tomorrow to find a little more performance.

“Having an additional DRS zone is a good step: it will be difficult to get close to the car in front, especially in the middle sector, so three DRS zones will help to keep the group together. Hopefully, it should provide more overtaking in the race.

“We expected rain today, but none came; it’s now on the forecast for tomorrow, so we need to be ready to maximise every opportunity that comes our way if the weather proves to be unpredictable.”