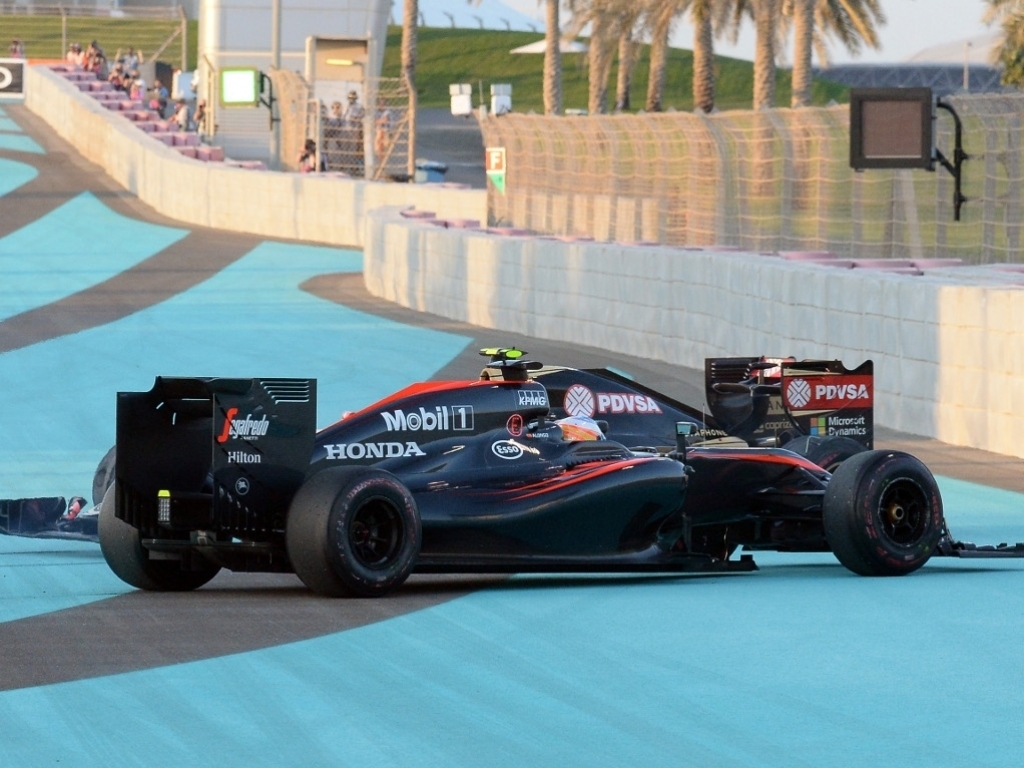 Fernando Alonso has hit out after his Abu Dhabi penalty, accusing the FIA of being more interested in dishing out trivial penalties instead of focusing on the bigger problems facing the sport.

The McLaren driver received a drive-through penalty at the start of the race after he collided with Pastor Maldonado, who was forced to retire. However, Alonso believes he didn't start the chain of events as he was felt he was tagged by the Sauber of Felipe Nasr before he hit the Lotus.

The double World Champion, though, feels that instead of worrying about incidents like these, motorsport's governing body should focus on more important issues.

"It's FIA things," he is quoted as saying by Motorsport.com. "We see the grandstands half empty on this circuit and half empty on most circuits, and there are championships which are overtaking us on like WEC, MotoGP…

"And then we are trying to make the cars louder. I think we need a bit of common sense."

He added: "To have a drive-through after you've been hit by another car is a bit strange, and I think it's unique. F1 needs to ask itself about the sound of the cars, or what is the problem to have less and less spectators.

"This kind of season, they need to make more sense about what they are doing, because I don't see this in WEC, MotoGP and other categories that are much more fun than us.

"We need to look at many things. They need to get some consistency in the penalties, some common sense, and be fair."