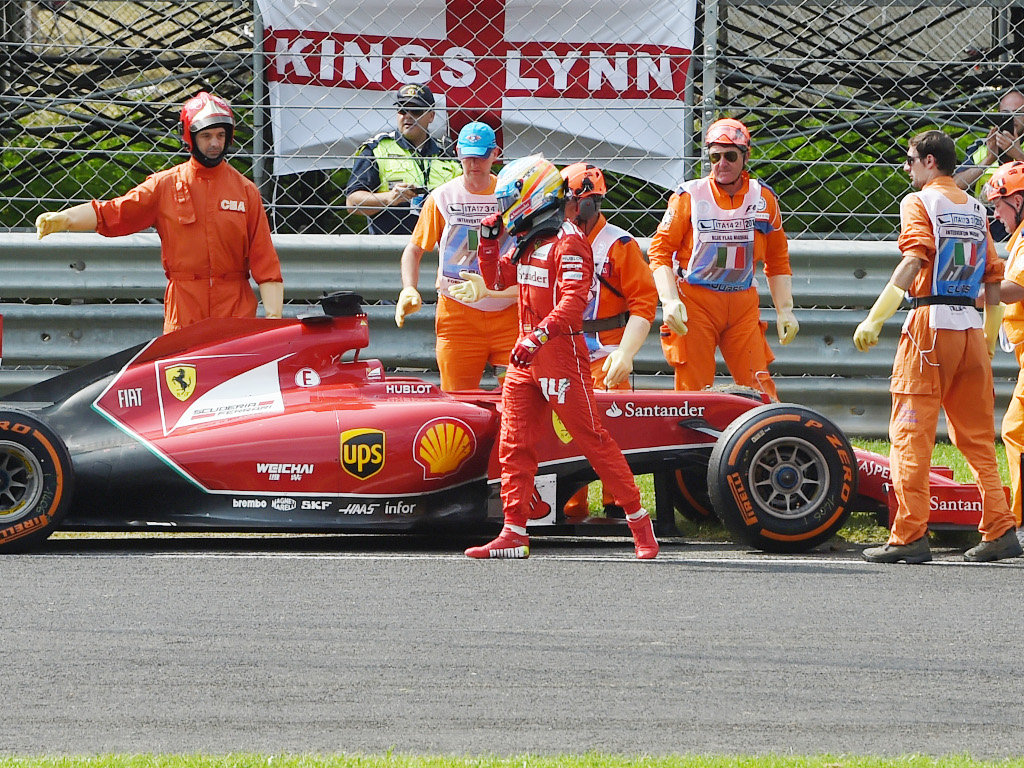 Fernando Alonso has rubbished speculation that his Italian GP retirement could have any bearing on his future.

For the first time this season, the double World Champion will leave a race-track without a single point to his name.

Fighting for a top ten finish, Alonso retired on lap 30 of Ferrari’s home race with a suspected water pressure problem.

It was his first retirement of the season and came in the midst of much speculation about his future.

Alonso, though, insists his place is with Ferrari and one DNF won’t change that.

Asked if Sunday’s result had any bearing on his future, he told 5 Live: “No it’s a mechanical failure.

“I’ve been extremely lucky to finish a lot of races.

“I see Ferrari as my future and what is the project of Mattiacci.”