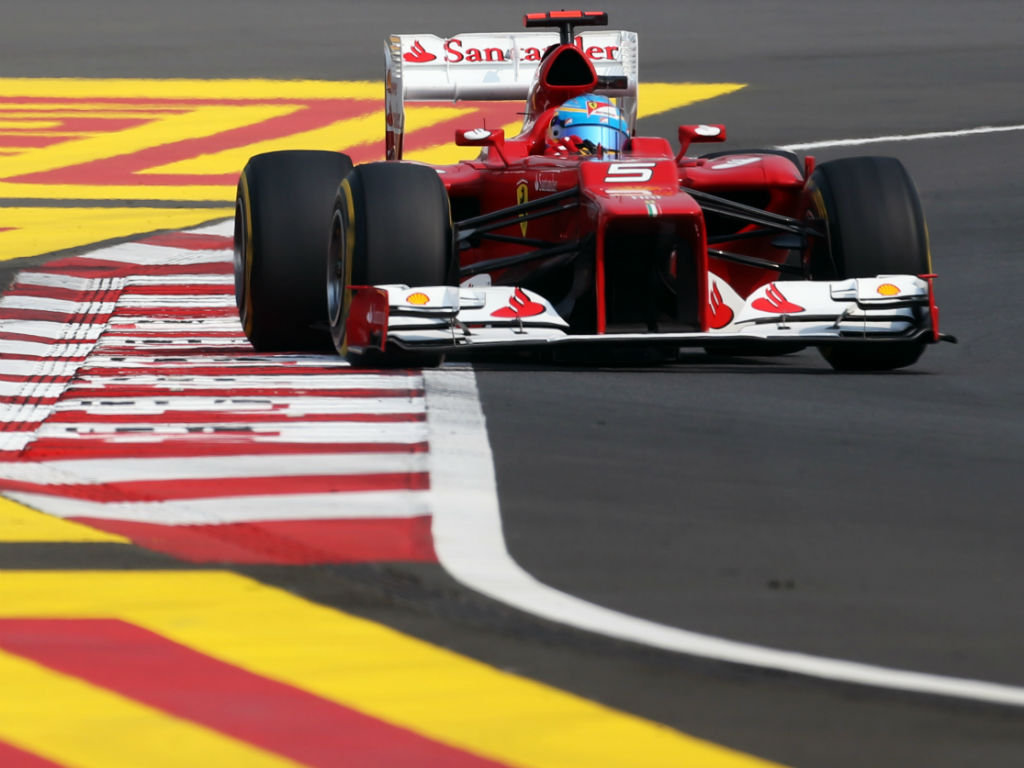 Fernando Alonso was left to lament another dreary Saturday in which he not only lost out to Sebastian Vettel but also the brilliance that is Adrian Newey.

Although Ferrari arrived in India with several updates for their F2012, they were no match for Red Bull’s RB8 as its blitzed the field, claiming the 1-2 for the Indian GP grid.

Added to that, Alonso also lost out to the McLarens and will line-up fifth on Sunday’s grid.

“At the moment I think we cannot do anything more than this,” Alonso lamented.

“When we had a similar car to everyone I think we were leading the Championship, now that we are fighting against Newey’s car, let’s say, because they are first and second in all the races, it’s not only Sebastian.

“At this point there’s very little to do on Saturday. Normally on Sunday we improve things, we are likely to be more competitive.”

The Ferrari driver, though, is refusing to give up on his chance of beating Vettel, not only on Sunday but also to the World title.

“The target for tomorrow is to arrive in front of Sebastian, how we do it is not easy, but we need to do a good start, overtake the McLarens, and put pressure all the race to the Red Bulls.

“I think if they have an easy race it will be the worst conditions for us, so I think we need to put pressure on them.”

The Spaniard, who is six points behind Vettel is the race for the Drivers’ Championship title, also spoke of Ferrari’s updates, which included new endplates and diffuser, saying that while they are improvement, the problem is that his rivals have also improved their cars.

“We’re working hard, we brought some new parts here and they work quite fine. We are relatively happy with our progress, but in the two weeks I think the others did also progress, or even more than us, so it’s time for us to work and bring in Abu Dhabi, USA and Brazil something more clever.

“I think we are doing our maximum all the Championship, and it’s no different now. Today fifth is like a normal position behind the two Red Bulls and two McLarens, but then when qualifying arrives you have to do it, it’s not so easy.

“The Force India, Kimi, they were quite fast all weekend, so a little mistake you can end up eighth or ninth, and the race is more difficult. So fifth looks disappointing, but I think it’s a very good starting position.”