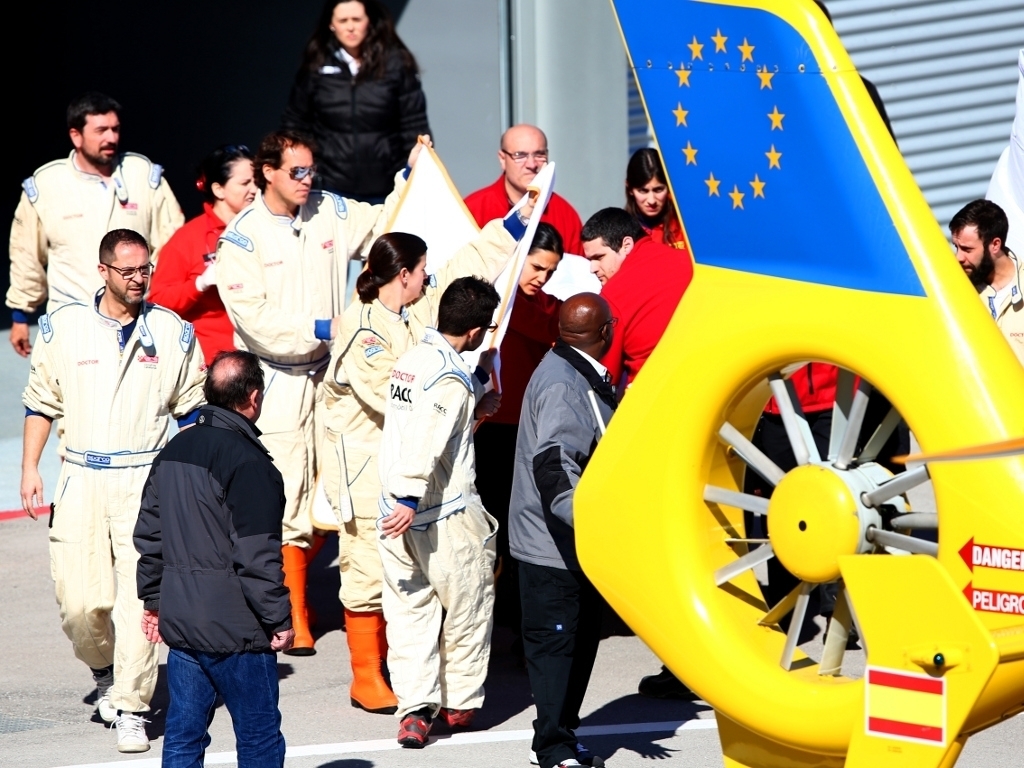 Fernando Alonso has been given the all-clear by doctors following his heavy shunt during the final day of the pre-season test in Barcelona on Sunday.

The Spaniard's McLaren MP4-30 left the track between Turns 3 and 4 and the right-hand side of his car hit the wall shortly before the lunch break at the Circuit de Barcelona-Catalunya.

He was immediately taken to the track's medical centre and, although he was "was conscious and spoke with the doctors", he was then airlifted to hospital via helicopter for further checks.

McLaren later issued a statement saying that "we just got the result of the CT scan and Alonso is uninjured and fine".

The team also added that the double World Champion would remain in hospital overnight for observation, but did not say what happened in the run-up to the incident.

However, they did confirm via Twitter: "That's the end of our programme here at the first Barcelona test. Thank you for all your messages of support for Fernando."