Home Uncategorized Alonso hails Hamilton as one of F1’s greats 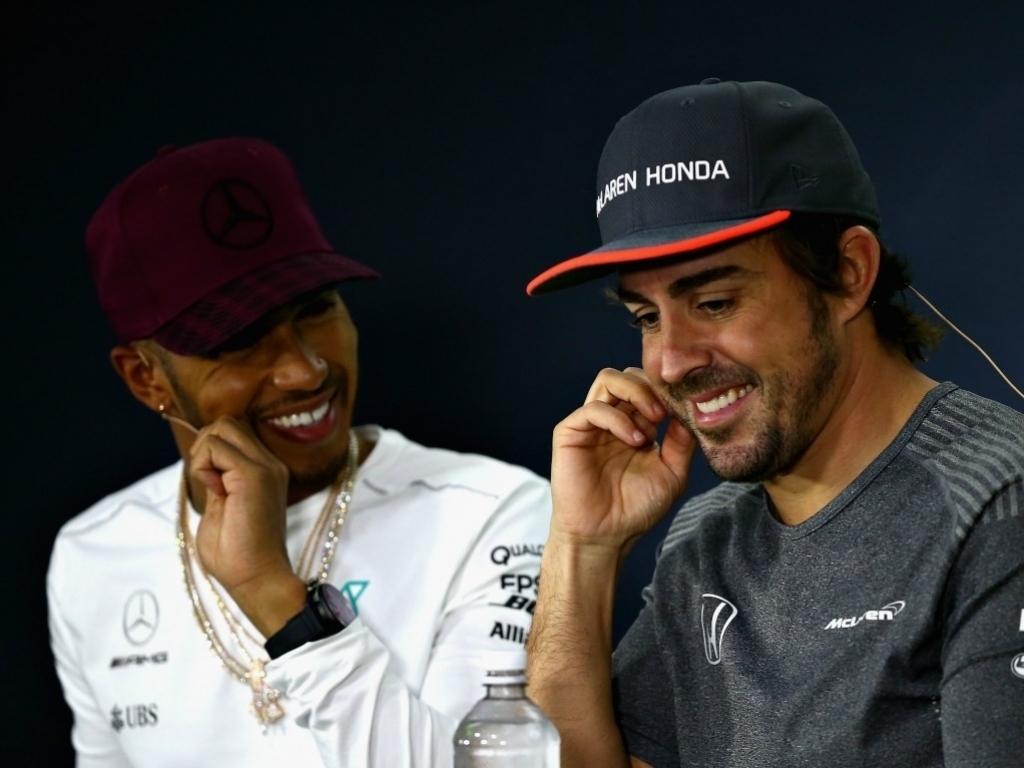 Fernando Alonso has heaped praise on Lewis Hamilton and labelled him "one of the greatest drivers in our sport" following the Brit's fourth World Championship title.

Hamilton joined an elite group of racers to have won at least four trophies, which includes his rival Sebastian Vettel, when clinching the title at the Mexico Grand Prix.

But while Hamilton has been at the forefront of the success that a dominant Mercedes team have enjoyed, Alonso thinks it is his performances in poor cars in the past that make him stand out as a legendary driver.

"Lewis is one of the greatest drivers in our sport and he showed that, especially in McLaren times when they were struggling," Alonso said at the Brazilian GP.

"For example in 2009 that car wasn't very good and he was still winning races. Those kind of performances put him at a very high level.

Alonso said after the race in Mexico that Hamilton had it "too easy" this year and reiterated that point when mentioning Valtteri Bottas and his inability to push his team-mate all the way.

He added: "The last three championships obviously the Mercedes has been the dominant car so they were a little bit easier, but he deserves the success that he is having now because he showed that talent many, many times.

"When he battled with [Nico] Rosberg, two championships he really deserved.

"Last year Rosberg deserved the championship probably and this year Valtteri [Bottas] was a little bit less competition so he was a very well deserved champion.

"Definitely you need the car but I think Lewis deserves his success."