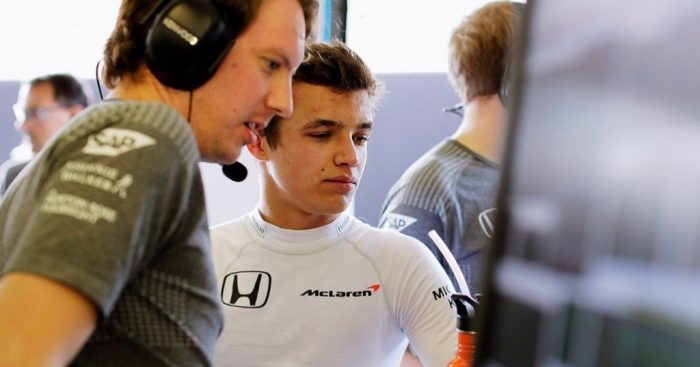 Lando Norris showed “impressive” pace during the 24 Hours of Daytona; that’s according to Fernando Alonso.

The McLaren reserve driver, just 18, lined up alongside Alonso and Phil Hanson in the No.23 United Autosports entry at Daytona.

It wasn’t a particularly successful night for the team as a puncture and brake issue meant they finished down in 38th place.

There was, however, a huge up side for Norris who earned the praise of double F1 World Champion Alonso.

“About my team-mates, maybe it’s not a surprise [to me], but for the people that don’t know Lando, it will be a surprise for them,” said the Spaniard. “The things he did were very impressive. The teamwork, the preparation, the focus.

“He is 18 years old, so that is quite impressive…”