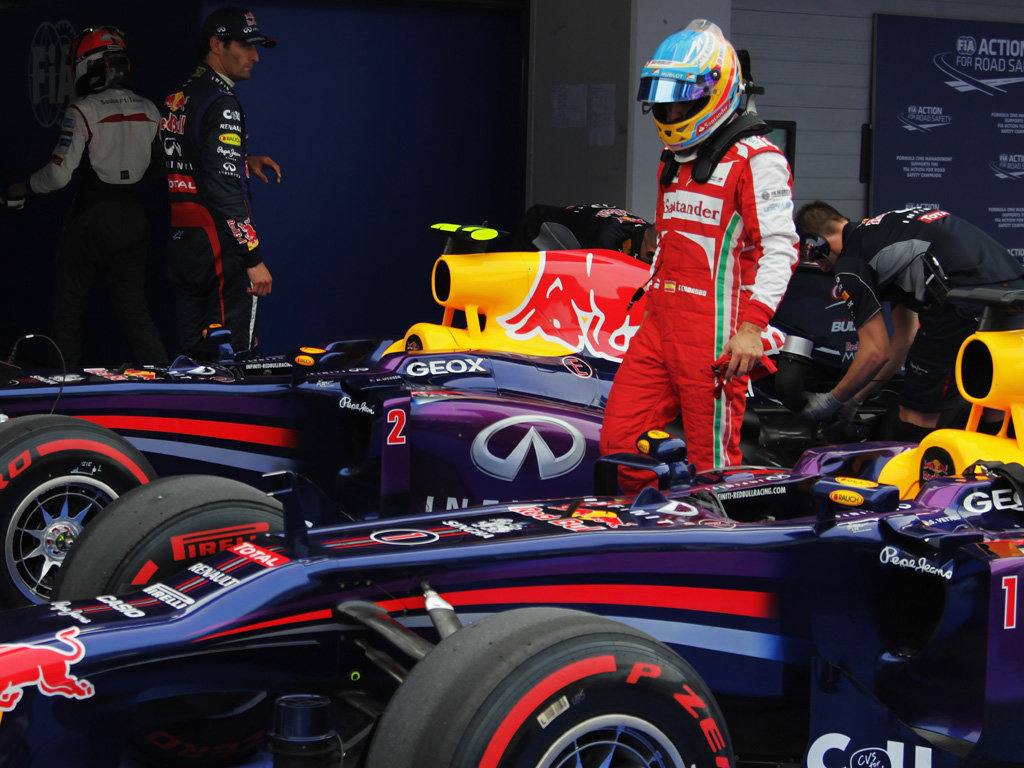 Fernando Alonso believes Ferrari need “another category of car” if they want to compete with the Red Bulls.

The Spaniard – and pretty much the rest of the pack – was once again unable to keep up with Sebastian Vettel as the German won his fourth race in a row to increase his lead in the standings to 77 points with only five races left.

Alonso finished down in sixth and he admits Red Bull’s RB9 was in a class of its own while he was struggling in his Ferrari.

“Obviously it’s not a surprise anymore,” Alonso said. “It’s not frustrating or surprising you on Sunday. The place where [Mark] Webber overtook me at Turn 6 we need to have another category of car because if not it’s impossible to do Turn 4, Turn 5 behind another car and be side-by-side. This is super performance and they deserve it, they are the best ones at the moment, they are winning everything and we have to do better.”

Having started fifth on the grid, Alonso lost out to Nico Hulkenberg at the start and he was stuck behind the Sauber driver for a long time while later in the race he found himself behind the Mercedes of Lewis Hamilton.

“It was not good. We are not competitive in pure performance – we know that – but normally on Sunday we have a good pace,” he said. “Here also on Sunday we didn’t have the performance we expected. We saw on Friday a little bit the long runs were not as good as other grands prix and we knew that maybe the race would be tough and unfortunately we confirmed this feeling today.

“We were not so good at the start. At Turn 3 we lost the position with Nico and then we were all the race behind Hulkenberg which obviously doesn’t help the tyres. We didn’t have the pace; hopefully in Suzuka we can come back to a better one and fight for the podium again.”